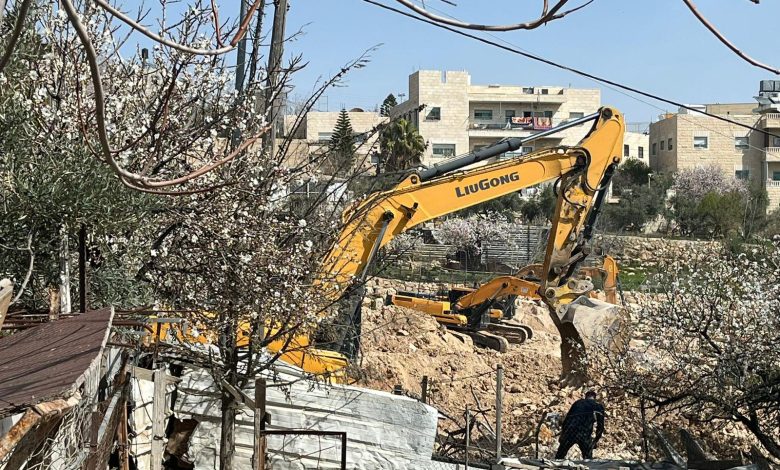 Israeli forces accompanied by a bulldozer raided an area of the neighborhood where the structures were located and proceeded to demolish them while cordoning off the area.

The bulldozer razed the four-dunum plot of land, destroying everything on it, including a shack and a warehouse, then tore down inner and outer walls, said the witnesses.