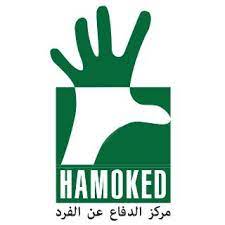 RAMALLAH, Friday, February 04, 2022 (WAFA) – Over a dozen Israeli human rights groups Thursday issued a press statement defending Amnesty International against scurrilous accusations leveled against it in the wake of its report labeling Israel an apartheid state.

The signatories of the press statement, all of whom strive to protect and defend the rights of all people in Israel and the Occupied Palestinian Territory, express their “grave concern about the vicious attacks on Amnesty International, following the publication of its report Israel’s Apartheid against Palestinians: Cruel System of Domination and Crime against Humanity.”

They pointed that they have used the term ‘apartheid’ to describe aspects of Israel’s treatment of the Palestinian people while stressing that the debate around Israel as an apartheid state is “absolutely necessary”.

“Through our work, we document, verify and confront the ongoing injustice, inequality and violations of human rights and international law that Israel perpetrates against the Palestinians. Many of us have used the term and/or have made the legal designation of ‘apartheid’ in relation to various aspects of Israel’s treatment of Palestinians. The debate around the crime of apartheid of which Israel is accused, and its geographical scope, is not only legitimate, but absolutely necessary.”

The signatories slammed the manipulation of anti-Semitism accusation by the Israeli government to silence criticism of Israel’s oppression of the Palestinian people.

“We wholeheartedly reject the idea that Amnesty International’s report is baseless, singles out Israel or displays antisemitic animus. However, we are particularly concerned by the Israeli government’s extremely irresponsible allegation of antisemitism. Many of the most pre-eminent scholars of Jewish life, history and persecution have warned that the struggle against anti-Semitism in the world is being weakened by the unbearable, inaccurate and instrumentalized use to which the antisemitism accusation is lodged for political ends, in order to avoid debate about Israel’s oppressive policies towards the Palestinians.”

“Attempts to distract from Israeli violations and to avoid substantive debate by hurling spurious accusations is the standard and ongoing practice of successive Israeli governments and their echo chambers overseas. We are especially concerned about this approach in an international climate, in which antisemitism and racism are on the rise and human rights defenders are under assault. While our work is focused on the Palestine/Israel domain, Amnesty works internationally without prejudice, researching and documenting the harshest incidents to address violations of human rights wherever they occur. Israel is not being held to a different standard – but the Israeli government apparently wants to be held to no standard at all. It is no coincidence that the most respected international human rights organizations, also including Human Rights Watch, have turned their attention to the systematic and structural regime of discrimination and inequality here.”

They called on the Israeli government to “stop its oppressive and discriminatory practices and its dangerous game of defamation and disinformation.”

The signatories are Adalah, Breaking the Silence, B’Tselem, Combatants for Peace, Gisha, the Centerfor the Defense of the Individual (HaMoked), Haqel: In Defence of Human Rights, Human Rights, Defenders Fund, the Israeli Center for Public Affairs (Ofek), Parents Against Child Detention, Physicians for Human Rights Israel, the Public Committee Against Torture in Israel and Yesh Din.