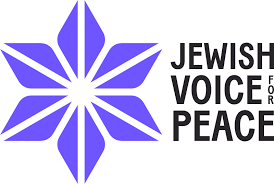 JVP, a US grassroots organization working for a just and lasting peace according to principles of human rights, equality, and international law for all the people of Israel and Palestine, said that “Amnesty International’s new report, Israel’s Apartheid against Palestinians: Cruel System of Domination and Crime against Humanity, provides extensive legal documentation of the brutal reality of Israel’s apartheid regime over Palestinians and offers key recommendations on how the international community must hold the Israeli government accountable.”

“This latest contribution to the growing body of work by Palestinian and Israeli rights groups, as well as the United Nations, offers vital proof of the institutionalized nature of Israel’s oppression of Palestinians, and of how Israeli laws and policies are designed specifically to deprive Palestinians of their rights. It determines that the Israeli state is irrefutably an apartheid regime.”

JVP Executive Director, Stefanie Fox, said: “Legacy American Jewish institutions like the ADL, the AJC and the Jewish Federations should be directing their outrage at the crimes against humanity that Israel is perpetrating against Palestinians. Instead, they are claiming that compiling a vast body of evidence documenting Israeli apartheid is somehow harmful to Jews. Defending Israel’s regime of supremacy and violence has nothing to do with Jewish safety. A large and growing number of American Jews understand that the only just response to apartheid is to join the fight for a future of equality and freedom for all.”

Senior Government Affairs Manager at JVP, Beth Miller, said: “For decades, Palestinians have been sharing the violent reality of their daily lives under Israeli government control and naming the oppressive regime as what it is: apartheid. As human rights organizations like B’Tselem, Human Rights Watch, and Amnesty International add their voices to the chorus of civil society groups who are demanding an end to this system of separate and unequal rule, it is long past time for the U.S. government to end its complicity and stop funding Israel’s brutal apartheid rule.”

Rabbi Brian Walt, JVP Rabbinical Council commented: “I have walked the streets of Jerusalem and Hebron. And I have seen, time and again, the unethical measures the state of Israel takes to privilege Jews over Palestinians.  These measures remind me of growing up in South Africa, where white South Africans were systemically privileged over black and brown South Africans. There is, to my mind, no doubt that Israel is an apartheid regime, and no doubt that the American Jewish community must play a key role in ending it. Irrefutably documenting Israeli apartheid, as Amnesty International just did, is a vital step towards dismantling the Israeli apartheid regime and to upholding the core ethical values of Judaism of equality, justice and freedom for all.”