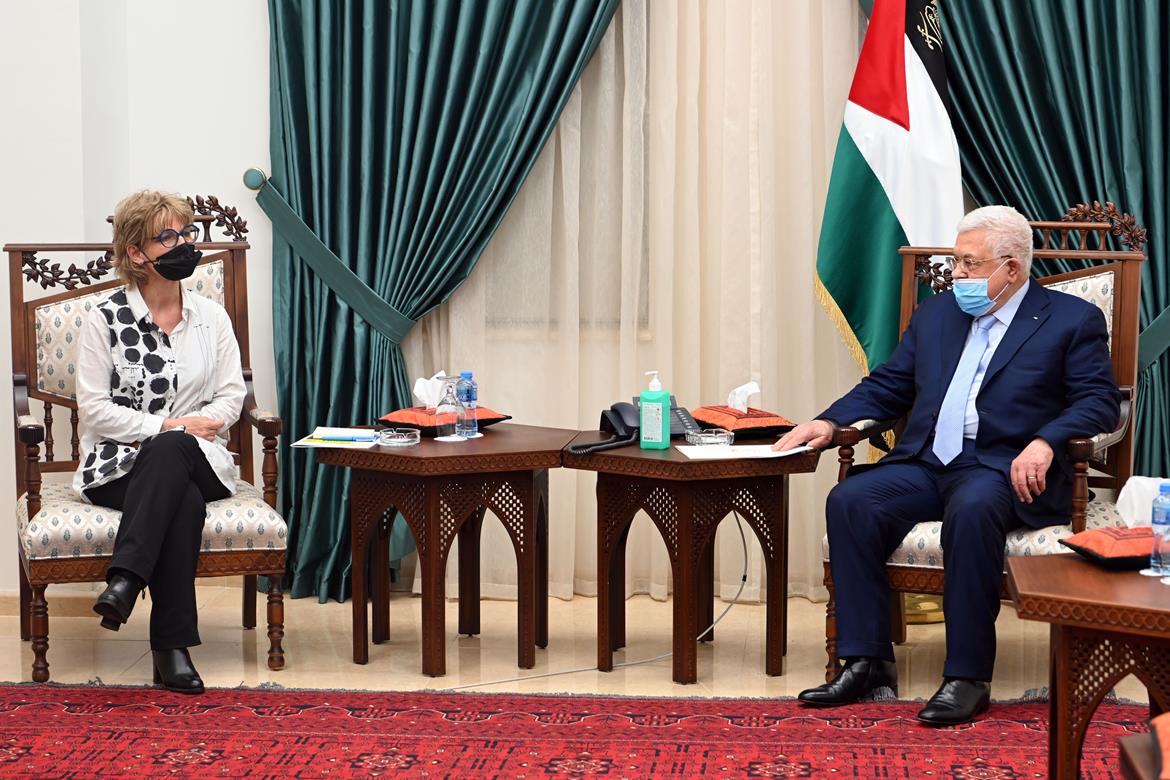 RAMALLAH, Wednesday, February 02, 2022 (WAFA) - President Mahmoud Abbas received tonight at the presidential headquarters in Ramallah a delegation from Amnesty International headed by the organization's Secretary-General, Agnes Callamard, who briefed him on the organization's new comprehensive report: Israel’s Apartheid against Palestinians: Cruel System of Domination and Crime against Humanity.

The President expressed his appreciation for this great effort made by the organization through several years of searching for the truth, stressing that the State of Palestine will follow up with all countries and organizations in the world in order to explain what was stated in this report and implement measures that protect the legitimate rights of the Palestinian people and lead to ending the occupation of the land of the State of Palestine and the Palestinian people gain their freedom and independence.

Callamard said they have received an invitation from President Abbas to present him with a report on the work they did, and there was an in-depth discussion about the work they are doing to put an end to apartheid.

The Secretary-General of Amnesty International added that Israel has refused any discussion of the report, but that they will continue their work until the crimes of apartheid committed by Israel are exposed.

In her response about the next steps, Callamard said that publishing the report was the first step and that as members in 70 international organizations, they will work with their governments to end the apartheid regime practiced in Israel.

"We have work in the coming months and years, and we are committed to do everything possible with the international organizations to expose the practices of apartheid and the crimes committed by Israel against the Palestinians," she said.