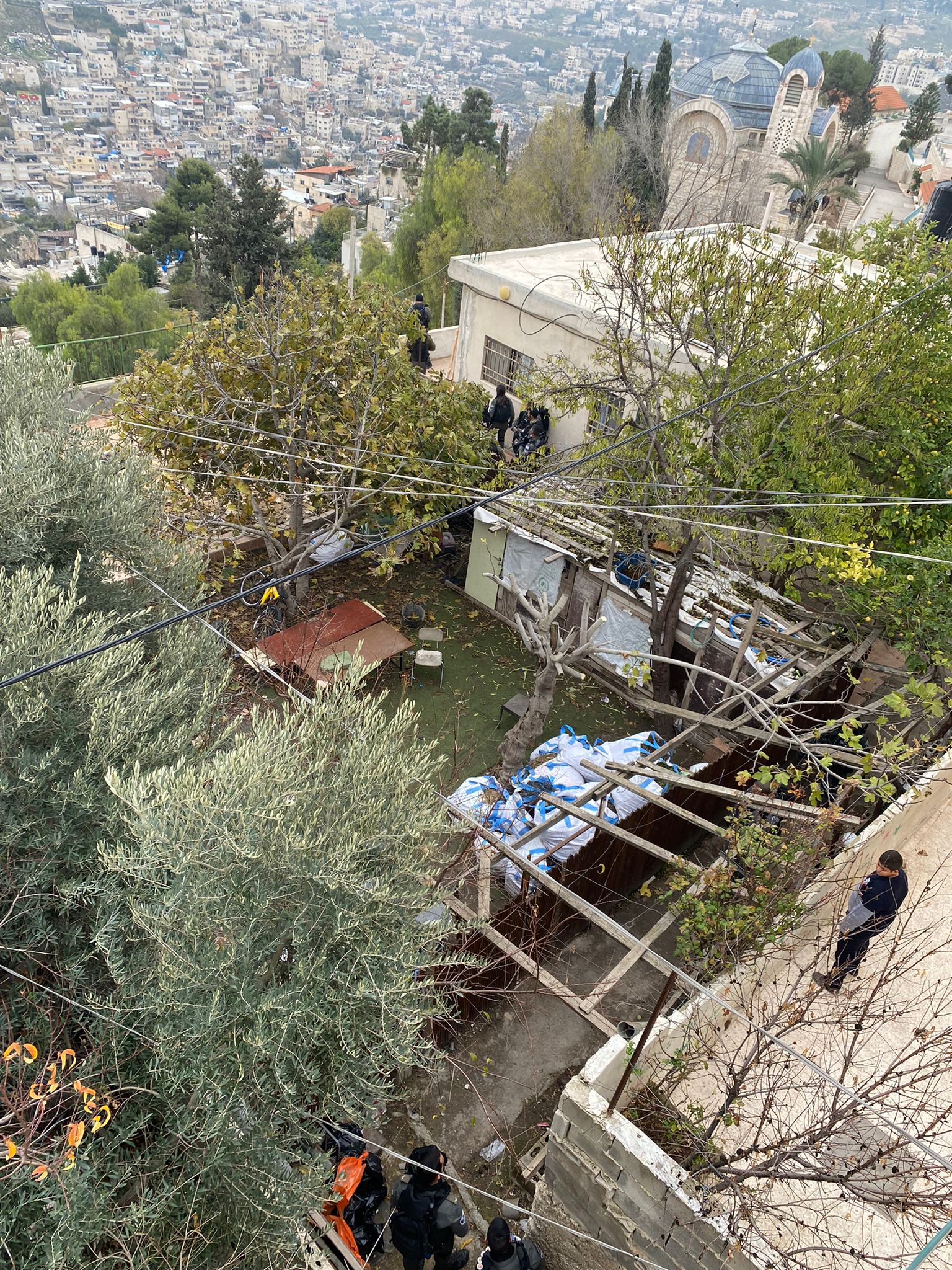 The Israeli municipality demolishing a house in a crowded area of Silwan neighborhood of East Jerusalem.

JERUSALEM, Wednesday, January 05, 2022 (WAFA) – The Israeli municipality of West Jerusalem today continued to demolish Palestinian-owned homes in the occupied part of the holy city with the demolition of a house in Silwan neighborhood, on the southern limits of al-Aqsa Mosque, under the pretext of construction without a permit, reported WAFA correspondent in Jerusalem.

She said that Israeli forces cordoned off the area where the house owned by Sultan Halisi is located in Wadi Hilweh area of Silwan before the municipality staff proceeded to demolish the house.

Halisi told WAFA that he has been living in the 60-square-meter house with his wife and four children, the oldest of whom is 13 years old and the youngest six, since 2014.

Ever since, he explained, the Israeli municipality has been harassing him about building his house without a permit and fined him a payment of 35,000 Israeli shekels ($10,000).

He added that during the past year, the occupation authorities informed him to self-demolish the house but he refused to do it.

As a result, the occupation municipality began today to demolish the house and is going to charge the owner the costs of the demolition, which is expected to be overblown.

The municipality staff yesterday demolished sections of two Palestinian-owned buildings and completed the demolition of a third in occupied East Jerusalem neighborhoods, all under the pretext of construction without a permit, which Palestinians insist is almost impossible to get due to the municipality's discriminatory policy in Jerusalem in favor of Jewish settlers.