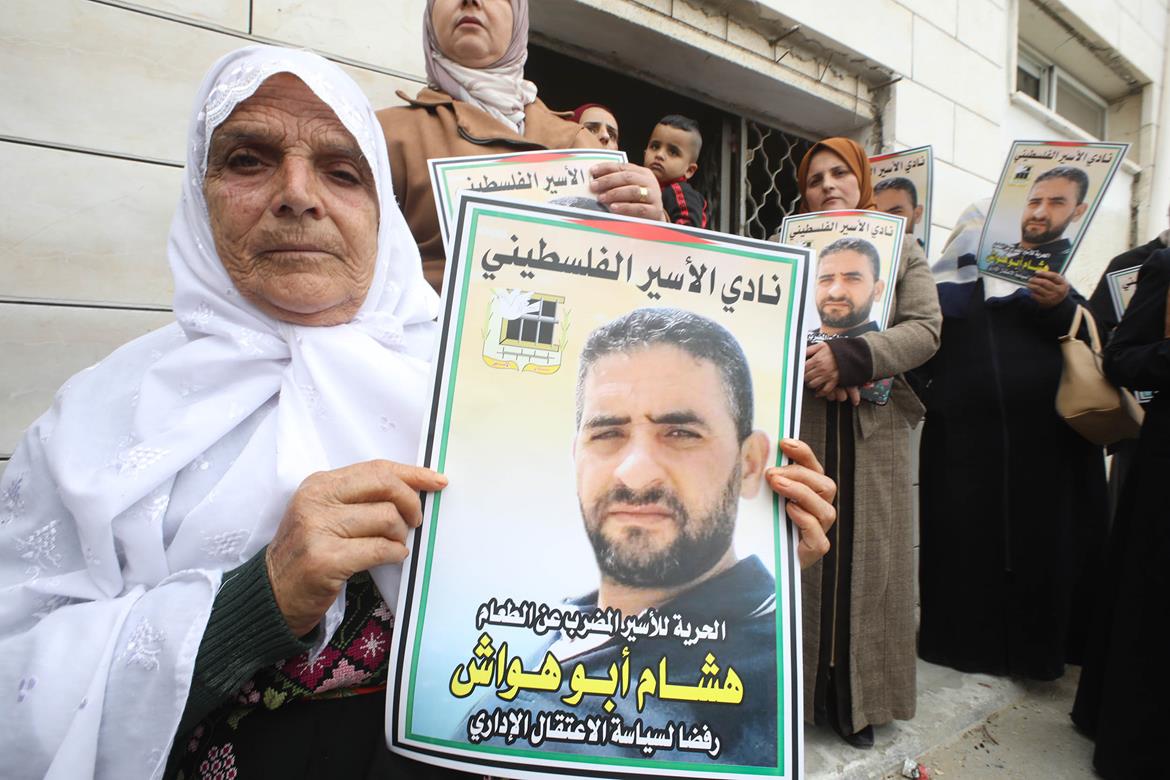 RAMALLAH, Monday, December 27, 2021 (WAFA) - The Israeli occupation authorities issued last night a decision to freeze the administrative detention order against Hisham Abu Hawwash, who has been on hunger striker for 132 days demanding his release, according to attorney Jawad Boulos.

Nevertheless, Abu Hawwash is continuing with the hunger strike until the decision is canceled.

The Palestinian Prisoner Society (PPS) said that the freezing decision does not mean canceling the administrative detention, but it means that the prison services and the Intelligence (Shin Bet) would not be responsible anymore for the fate and life of the detainee.

It said that Abu Hawwash would become an "unofficial detainee" at the hospital where he was moved and would remain monitored by the hospital security instead of prison guards. He could not be moved to any other hospital but his family can visit him as any other patient according to the hospital rules.

Despite the freeze, Abu Hawwash, said the PPS, is still continuing with his open hunger strike until the administrative order is canceled.

Abu Hawash, 40, from the town of Dura, south of Hebron, was detained on October 27, 2020. Immediately after his arrest, an administrative detention order was issued against him for a period of six months and was renewed several times. He is married and a father of five children.