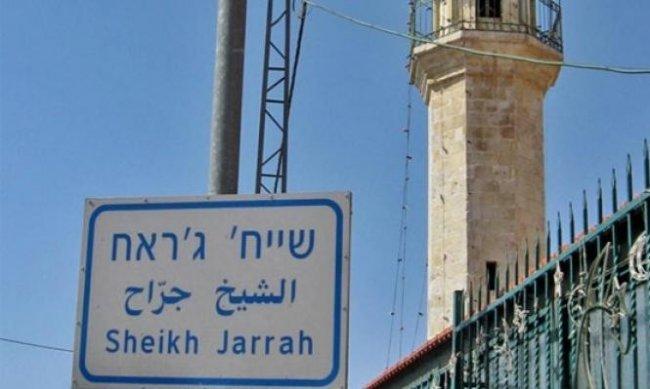 JERUSALEM, Monday, December 20, 2021 (WAFA) – The Israeli occupation authorities notified today a Palestinian family to evict their homes in Sheikh Jarrah neighborhood, in occupied East Jerusalem, and to seize a piece of land owned by the family.

WAFA correspondent in Jerusalem reported that the Israeli municipality of West Jerusalem handed - for the second time within four months - Mahmoud Salhia a decision to evict a piece of land on which the family's two homes were built in the Sheikh Jarrah neighborhood under the pretext of "public interest" to establish a school there.

The municipality gave the family until January 25 to implement the decision.

Salhia told WAFA that his father bought the 6-dunum piece of land in 1967, adding that two years ago a decision was issued to seize the land under the pretext of public use.

The two houses are inhabited by two families consisting of 12 members, including nine children.

"We came here after we were expelled by Israel in 1948 from the town of Ein Karem," said Salhia.

Salhia pointed out that the occupation municipality offered him an extension for eight months to convince him to sign a paper according to which he would become a tenant of the house, but he refused.

He noted that his steadfastness in his home has cost him about 600,000 (around $190,000) shekels between fines imposed on him by the occupation municipality, filing cases, and appointing lawyers.

"I was displaced once and will not be displaced again, and I will not sign any paper presented by the occupation...I will not leave my house, where I have lived since 1988," he stressed.

More than 500 Palestinians living in 28 houses in the neighborhood are facing threats of forced expulsion at the hands of settlement associations backed by the Israeli government and its judiciary system, which recently issued a decision to displace seven families.