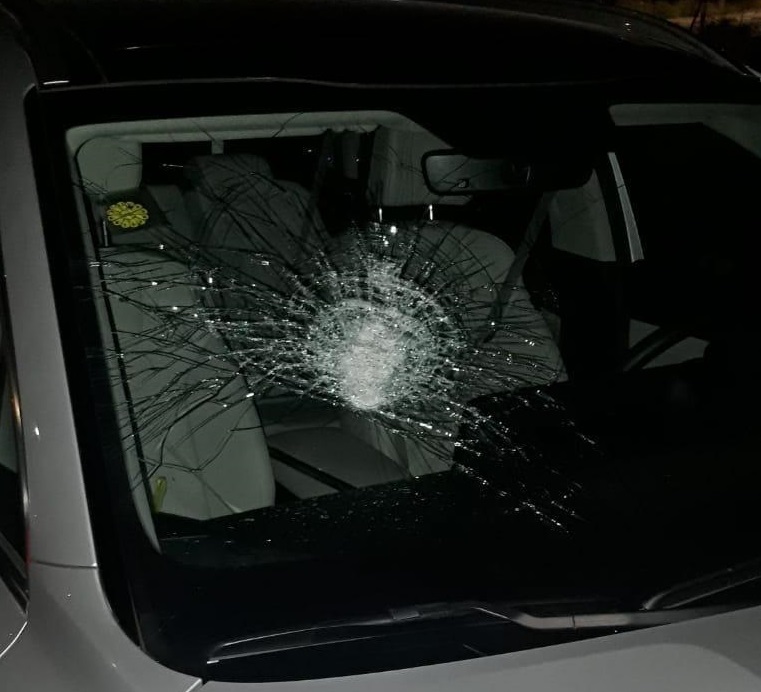 NABLUS, Sunday, December 19, 2021 (WAFA) – Four Palestinians were injured today evening after being attacked by Israeli settlers in the village of Burqa, northwest of Nablus, in the northern occupied West Bank, according to a local activist.

Ghassan Daghlas, who monitors Israeli settlement activities in the north of the West Bank, said settlers, under the protection of the Israeli army, attacked with stones Palestinians vehicles passing near the evacuated illegal Homesh settlement, causing injuries to at least four people, including a man in his fifties who was struck in the head and transferred to hospital for treatment, where his condition was described as moderate.

Violence committed by settlers against Palestinians has been documented since the very early days of the occupation, said the Israeli information center for human rights in occupied territories, B’Tselem.

"The military avoids confronting violent settlers as a matter of policy, although soldiers have the authority and duty to detain and arrest them. Israeli security forces routinely enable settler violence against Palestinians and their property. As a rule, the military prefers to remove Palestinians from their own farmland or pastureland rather than confront settlers, using various tactics such as issuing closed military zone orders that apply to Palestinians only, or firing tear gas, stun grenades, rubber-coated metal bullets, and even live rounds. Sometimes, soldiers actively participate in the settler attacks or look on from the sidelines," it said.