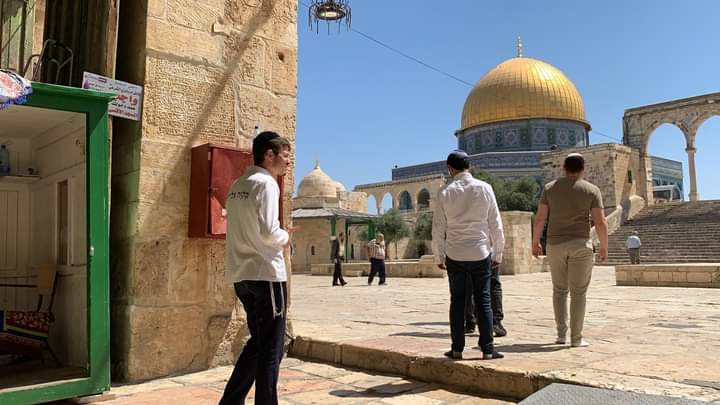 They said fanatic settlers entered the holy compound in groups since early morning and performed rituals and provocative tours through the Islamic holy site.

Israeli far-right activists have repeatedly pushed for an increased Jewish presence at Al-Aqsa, despite a joint guardianship agreement between Israel and Jordan.

Settlers backed by Israeli forces regularly break into Al-Aqsa Mosque to tour the Dome of the Rock, a shrine built in the 7th century by the Umayyad caliphate on Moriah Mount, and perform prayers on the site.

Jerusalem's Islamic Waqf, which manages the Al-Aqsa Mosque, has repeatedly described the settlers' tours as "provocative", and said that Palestinian worshippers and guards at Al-Aqsa feel uncomfortable with the presence of Israeli police and settlers touring the Muslim holy site.