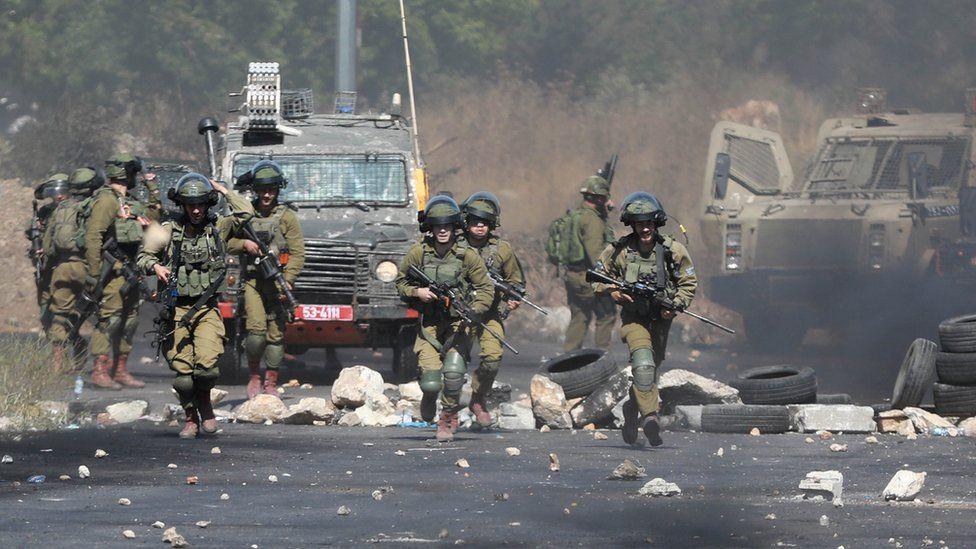 RAMALLAH, Saturday, December 18, 2021 (WAFA) – At least eight Palestinians were injured by Israeli gunfire today as clashes broke out between Palestinian civilians and the Israeli occupation forces in the village of Burqa, north of the occupied West Bank city of Nablus, according to witnesses. The clashes erupted as the soldiers were protecting dozens of Israeli settler fanatics who tried to attack the village.

Ghassan Daghlas, an official in charge of monitoring settler violence in the area, told WAFA that clashes erupted between local Palestinians and Israeli occupation soldiers at the west entrance to the village. He said the soldiers fired gun shots and teargas at the protesters, injuring 8 of them and causing many cases of suffocation from gas inhalation.

The clashes erupted shortly after groups of Israeli settlers rampaged at the entrance of the village to carry out a fresh attack, a day after a series of attacks by Israeli settlers on the village left at least one property set on fire and several homes partly damaged from stoning.

Attacks and vandalism by Israeli settlers targeting the village in particular and other areas in the occupied West Bank in general intensified during the past two days.

Witnesses said the assailants attempted to kidnap a man, but the town residents rushed to his aid and succeeded in freeing him before the assailants fled the scene.