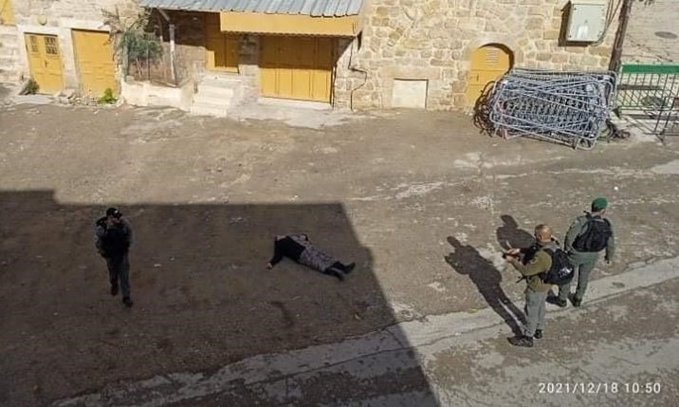 A Palestinian woman lying on the ground after she was beaten by Israeli soldiers in Hebron.

HEBRON, Saturday, December 18, 2021 (WAFA) – Israeli soldiers today beat and detained a Palestinian woman in the Israeli-army controlled part of the southern West Bank city of Hebron, referred to as H2, according to local sources.

They said the soldiers stationed near the Ibrahimi Mosque violently beat the woman, identified as 65 years old from the Hebron-district town of Idna, causing her to faint and then detained her without allowing a local ambulance to reach her to provide her with medical assistance.

Israel claimed the woman attempted a stabbing attack, which was not verified by local sources, and was immediately apprehended without shooting her.

The woman’s situation was not immediately known.