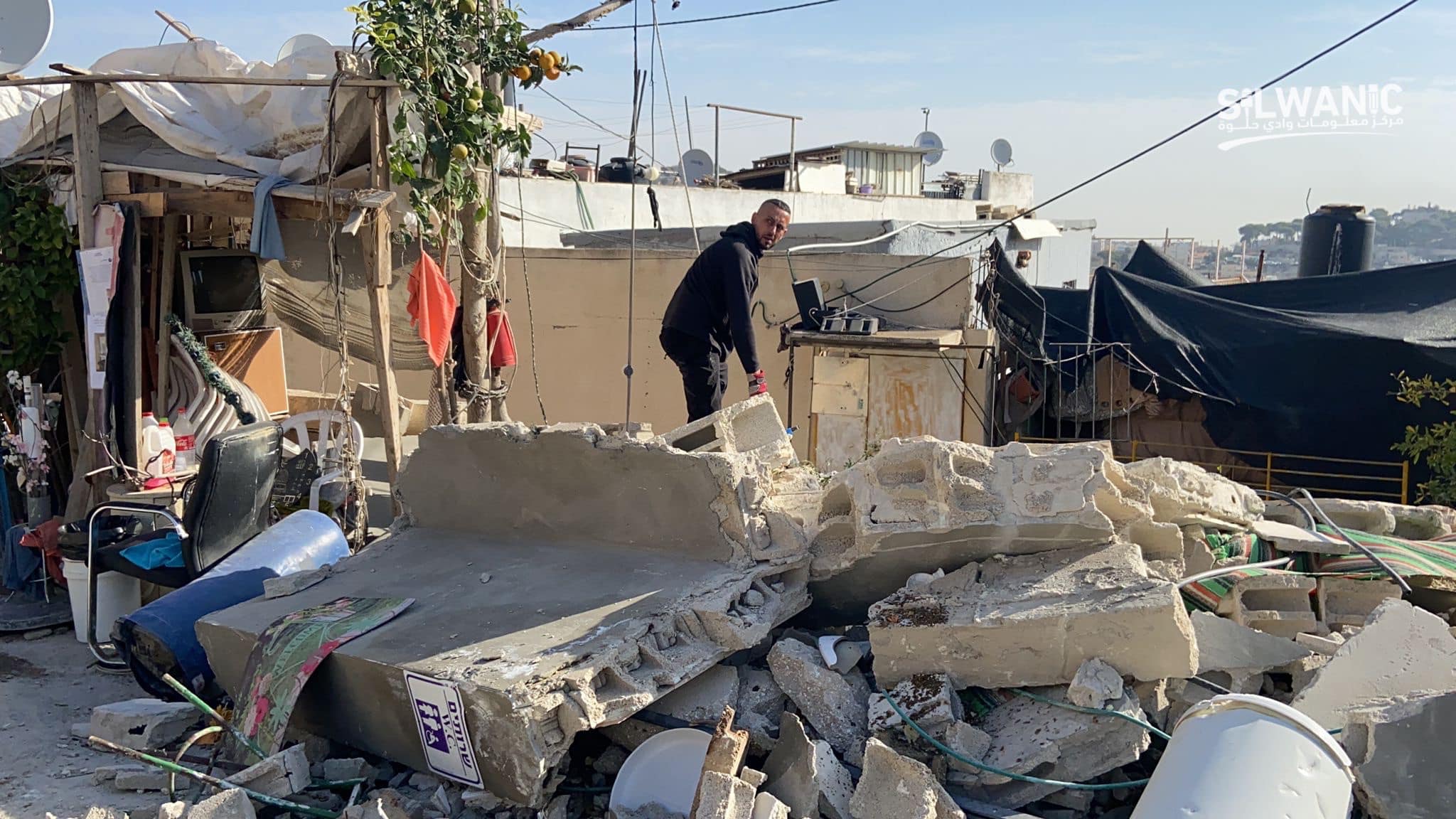 A member of al-Heleisy family inspects the rubber of his demolished house in Jerusalem.

Israeli police and municipal staff stormed al-Shayyah area in the East Jerusalem neighborhood of al-Tur, where a bulldozer they escorted tore down the remaining poles and foundations of al-Burqan family’s house, which was self-demolished a month ago.

“This morning, we were surprised to see the Israeli occupation bulldozers proceeding with the demolition of the foundations of our two-storey house, which we were forced to self-demolish last November, to avoid a fine of 400,000 shekels for demolition costs,” said Um EyadBurqan. “But the occupation returned to demolish its foundations, to force us to pay the costs."

"As if demolishing our house and displacing 20 people, my four sons and their children isn’t enough. They [the Israeli occupation authorities] want to fine us the costs of the demolition, by fabricating false pretexts."

Meanwhile, Israeli bulldozers tore down a house belonging to al-Heleisy family near Jerusalem’s Dung Gate, reducing it to rubble.

Both structures were demolished purportedly for being built without licenses.