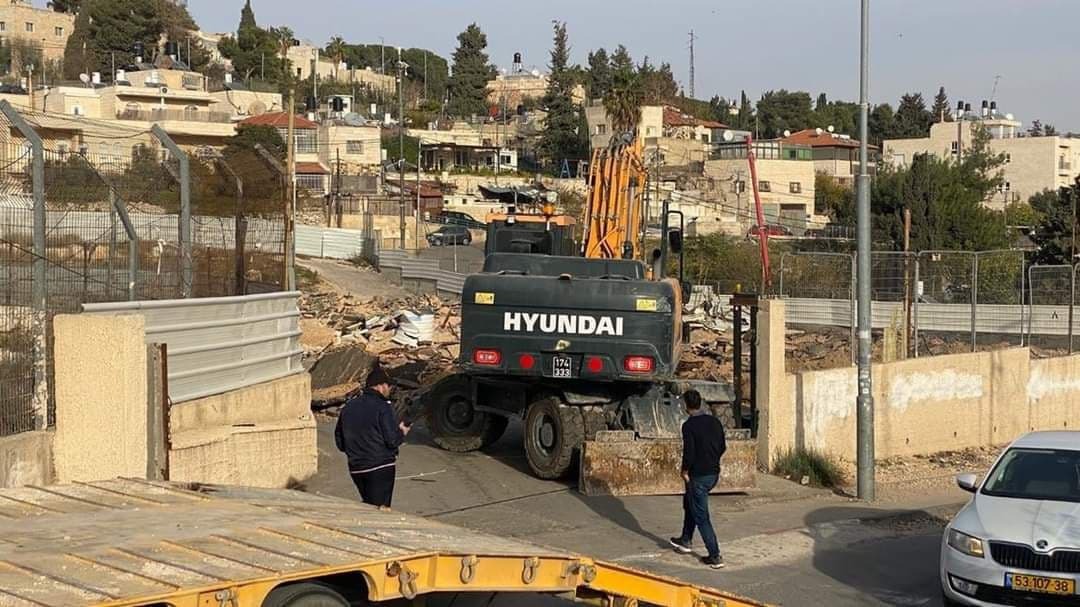 JERUSALEM, Monday, December 13, 2021 (WAFA) – the Israeli municipality of West Jerusalem today began work on a plot of Palestinian-owned land at the entrance to Sheikh Jarrah neighborhood in the occupied city of Jerusalem, which was seized under the pretext of “public interest.”

WAFA correspondent reported that the municipality crews and bulldozers began the bulldozing work on the land, which has an area of about 4,700 square meters owned by four Palestinian families and was used as a parking lot and carwash.

The Israeli Supreme Court allowed at the end of October the takeover of the land by the Israeli municipality with the aim of establishing a garden serving settlers, claiming its close proximity to the so-called Shimon HaTzedik shrine.

The municipality issued a decision to seize the land in 2016 after several failed attempts in light of the opposition of the takeover by the four families, who fought the takeover in Israeli courts.

Shadi Nassar, one of the tenants of a facility, told WAFA that the municipality handed them yesterday an immediate eviction order, otherwise, they will be heavily fined.

“We began to dismantle the car wash and a parking lot used by more than 40 buses and three containers that served as offices, and today, since the early morning hours, the municipality began to raze the land,” he said.