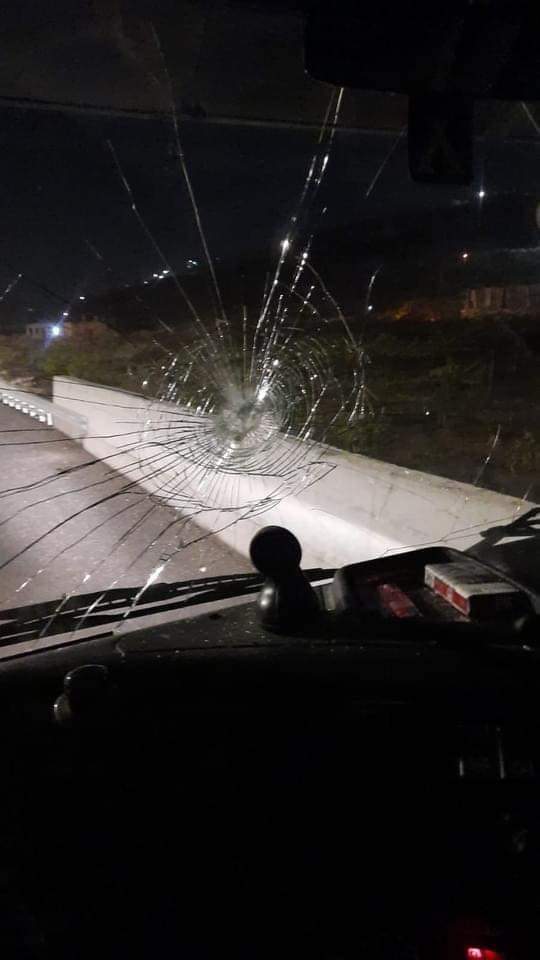 The windshield of a Palestinian car smashed by a rock thrown at it by Israeli settlers in the West Bank.

NABLUS, Monday, November 21, 2021 (WAFA) – A group of Israeli settlers today attacked a Palestinian-commuter on the road connecting northern West Bank cities of Nablus and Ramallah, near the village of Turmous Ayya, according to Ghassan Daghlas, who monitors colonial settlement activities in the north of the West Bank.

He said settlers attacked a vehicle driven by Nizar Rawajbah near the illegal Israeli settlement of Shilo, adding that the driver had miraculously escaped.

Settlers have intensified their attacks against Palestinian civilians in the occupied territories, particularly following the shooting death of an Israeli in Jerusalem yesterday, blocking roads and pelting Palestinian vehicles with stones while the soldiers stand by and watch.