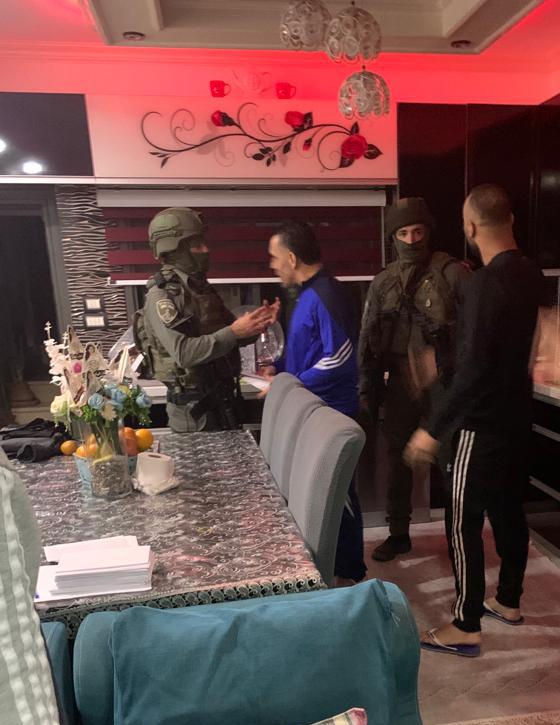 The President talked over the phone with Ghaith and wished him a speedy recovery, while praising the national role he plays in serving the Palestinian people in Jerusalem, strengthening their steadfastness, and confronting Israel’s Judaization schemes.

He valued the steadfastness of the city’s Muslim and Christian population for confronting the Israeli occupation and its measures against the holy city and its Islamic and Christian holy sites.

Special units of the Israeli occupation forces stormed at dawn this morning the home of Governor Ghaith in Silwan neighborhood of the occupied city, threw sound bombs inside it and assaulted him, his sons and cousins, injuring a number of them, and smashed the contents of the house. They also detained three of his relatives.

The Jerusalem Governorate condemned in a statement the storming of the governor’s house and assaulting him and members of his family, as well vandalizing his property.

Ghaith said the premeditated attack on his house and family is indicative of the situation of Palestinians in occupied Jerusalem who face daily violent and physical assaults, forced displacement, settlement expansion, home demolitions, tax imposition, economic siege and other inhumane measures.