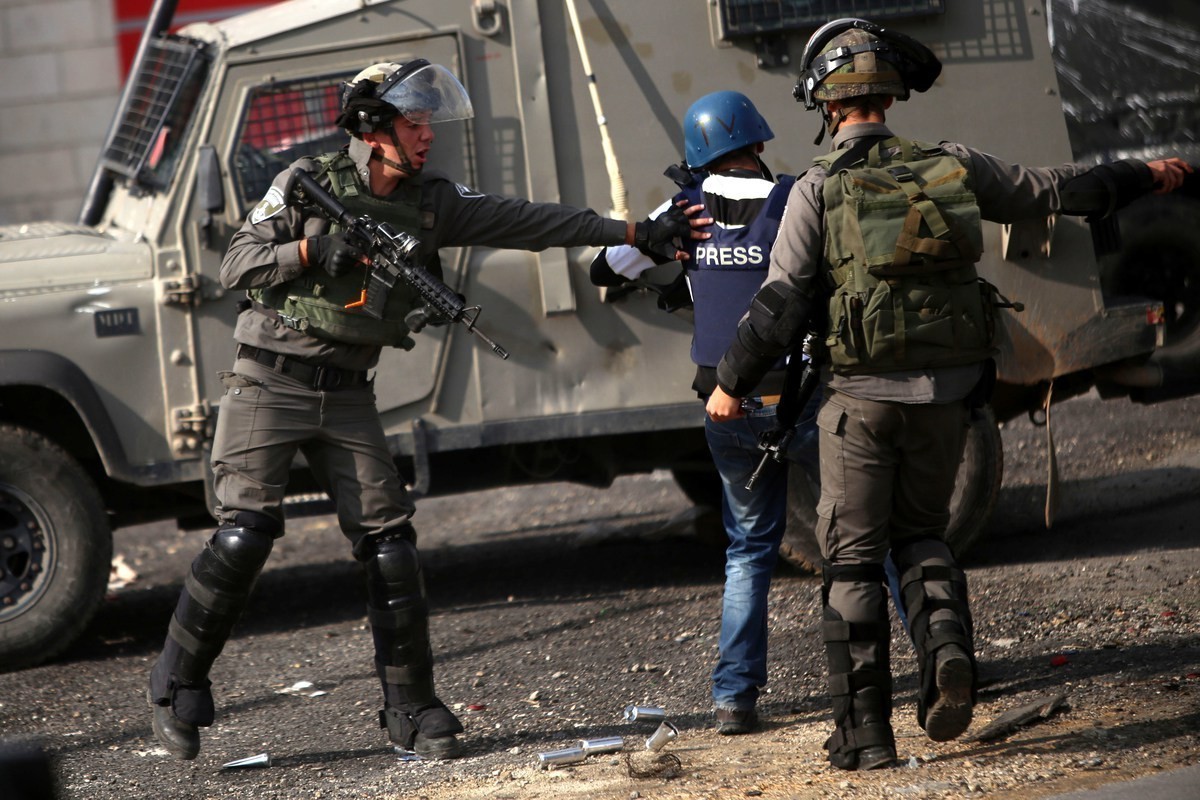 RAMALLAH, Sunday, November 20, 2021 (WAFA) – A Palestinian journalist was injured by Israeli gunfire last night and others suffocated from teargas during an Israeli army raid of Ramallah city in the occupied West Bank on Saturday-Sunday night, according to Palestinian security sources.

Maher Haroun, a freelance journalist, was lightly injured with a rubber-coated round shot at him by Israeli soldiers, as clashes erupted between the former and local Palestinian protesters in the neighborhood of Ein Munjed in the city.

Many of the protesters also sustained suffocation from Israeli teargas. At least one Palestinian was arrested by the Israeli occupation army during the raid.

In the meantime, Israeli occupation forces stormed the city of Hebon, south of the occupied West Bank, and detained three Palestinians after raiding and searching their homes. All of the three are said to be former political prisoners in Israeli jails.