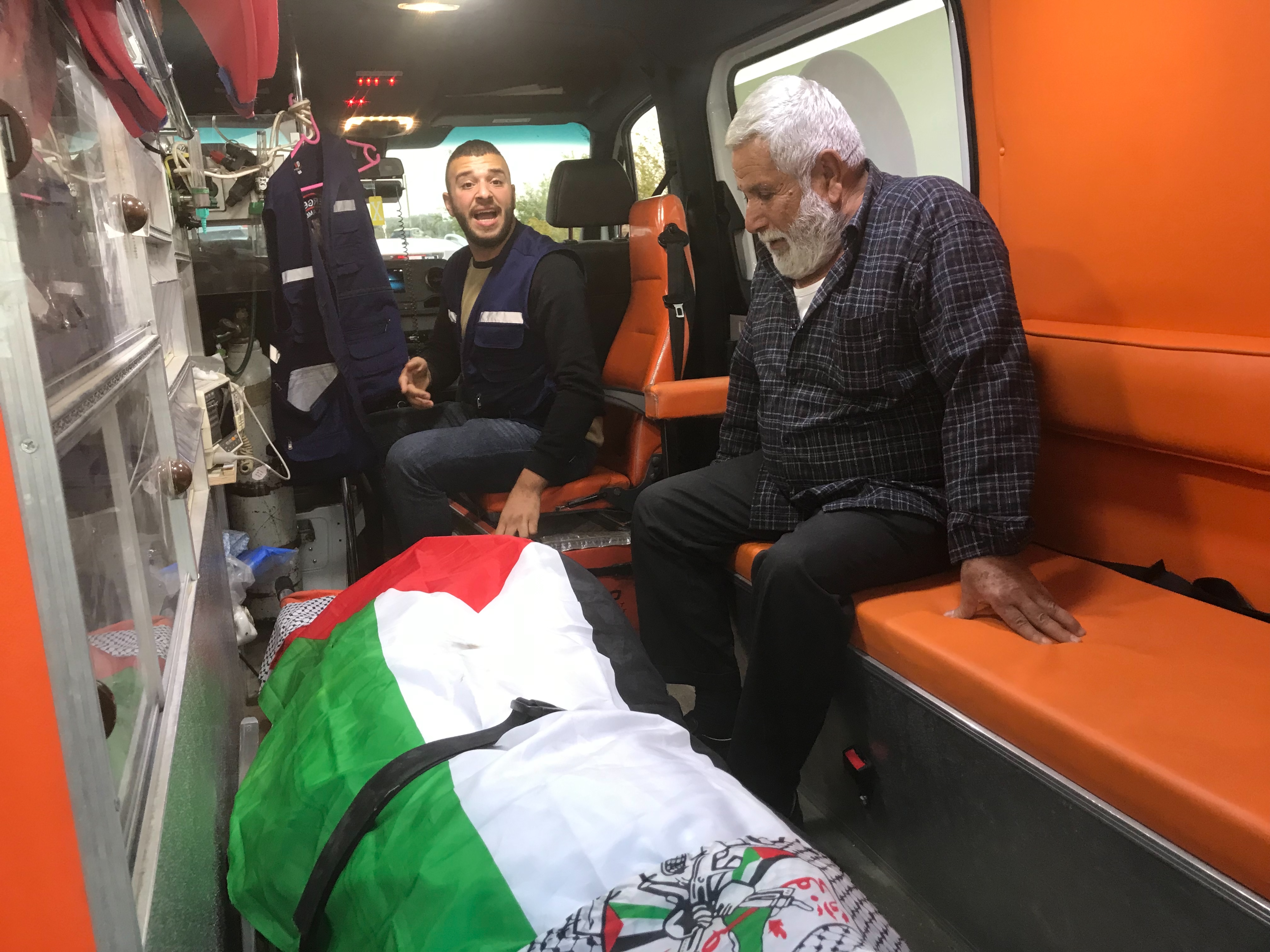 The body of Israa Khzemiah was handed over to her family at Salem checkpoint, northeast of Jenin, November 19, 2021.

RAMALLAH, November 19, 2021 (WAFA) – Israeli occupation authorities today handed over the body of slain Israa Khzemiah, a Palestinian mother who was shot dead by Israeli occupation forces in the Old City of Jerusalem on 30 September 2021.

The woman’s body was released by the Israeli occupation military and handed over to her family at Salem military checkpoint, northwest of Jenin in the occupied West Bank, after being withheld since her killing on September 30 and for no reason.

Khzemiah, a mother of three who comes from the town of Qabatiya in the West Bank, was shot dead by Israeli Police in occupied Jerusalem while she was on her way to the Al-Aqsa Mosque compound on the said date. Her body has been withheld by the occupation army ever since.

Israel has long been lambasted by human rights advocates for its policy of withholding the bodies of Palestinians killed by its forces during alleged attacks on Israelis.

International law also considers the practice a violation of human rights. The Geneva Conventions say that the parties of an armed conflict must bury the deceased in an honorable way, and “if possible according to the rites of the religion to which they belonged and that their graves are respected, properly maintained, and marked in such a way that they can always be recognized”.

In its last update in September 2020, the Jerusalem Legal Aid and Human Rights Center (JLAC) said Israel was withholding the bodies of at least 67 Palestinians killed by Israeli forces since 2015 until the time of the update last year.

According to JLAC and Adalah Legal Center for Arab Minority Rights, an NGO, Israel is the only country in the world that has a policy of confiscation of human remains, where it relies on regulations dating back to 1945 (during the British Mandate) as grounds for its policy.