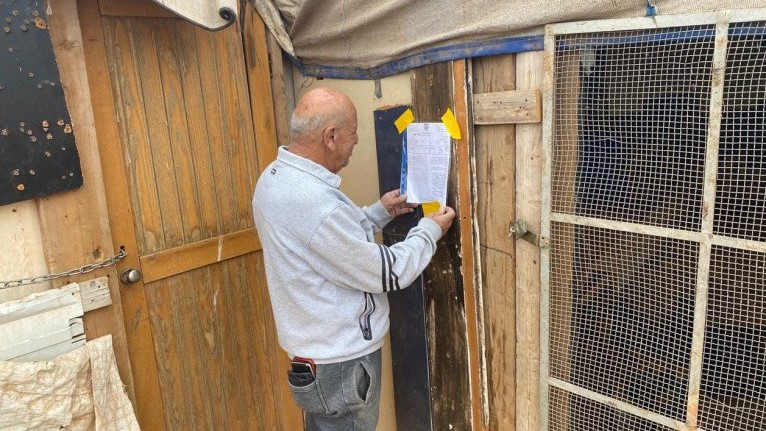 JERUSALEM, Wednesday, November 17, 2021 (WAFA) – Israeli authorities notified today of its intentions to demolish two agricultural shacks belonging to Palestinian residents in the village of al-Issawiya in the occupied city of Jerusalem, according to local sources.

Palestinians in occupied Jerusalem say they are forced to build without permits because the Israeli municipality rarely issues permits to the city’s original Palestinian citizens as a way to reduce their number by forcing them to leave it and find accommodation and work elsewhere.