With one administrative detainee ending hunger strike, five others continue to fast demanding their freedom 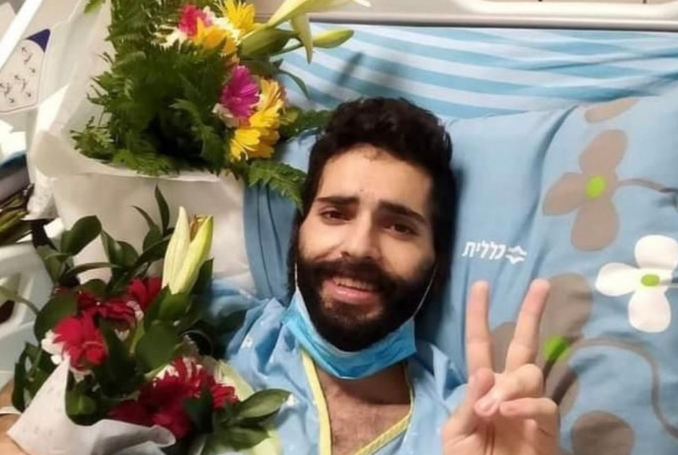 Administrative detainee Miqdad Qawasmi after winning a deal to free him in February.

RAMALLAH, Saturday, November 13, 2021 (WAFA) – After one Palestinian administrative detainee in Israel has ended his hunger strike after securing his freedom, five other detainees, one of them on hunger strike for 122 days, continue to fast also demanding their freedom, according to prisoners’ advocacy groups.

Miqdad Qawasmi, 24, from Hebron city, in the south of the West Bank, ended on Thursday a 113-day hunger strike he observed in protest of his prolonged detention after reaching a deal with the Israeli occupation authorities to free him in February at the end of his current administrative detention.

While there are over 500 Palestinians held in Israel prisons under administrative detention without charge or trial and based on secret evidence, many believe that their only hope to regain their freedom is by going on hunger strike.