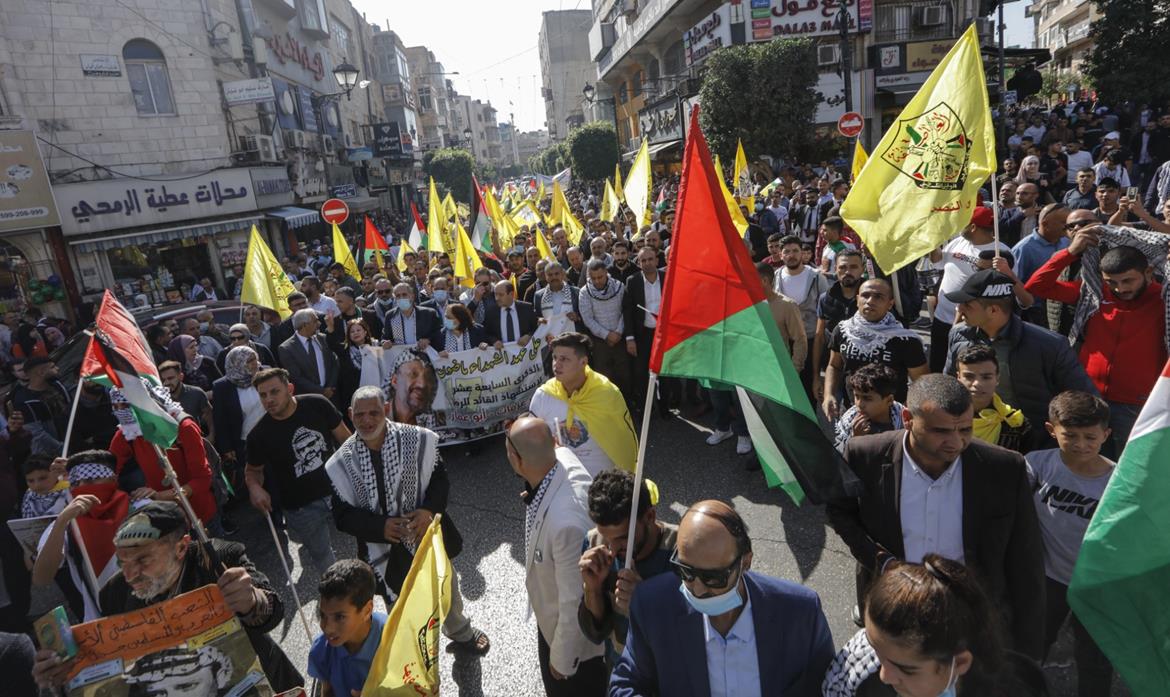 RAMALLAH, Thursday, November 11, 2021 (WAFA) – Palestinians throughout the West Bank rallied today marking the 17th anniversary for the death of Yasser Arafat, the first president of Palestine and chairman of the Palestine Liberation Organization (PLO).

The central event took place at the Arafat Mausoleum in Ramallah, where hundreds of people, waving yellow Fatah and Palestinian flags and holding posters of Arafat, poured into the mausoleum in honor of ‘Abu Ammar’, the nom de guerre of the late Palestine Liberation Organization leader.

The soldiers fired teargas canisters and rubber bullets at the demonstrators. No injuries were reported though.

West Bank schools devoted the first hour of school hours to talk about the biography of the late president and his role in reviving the Palestinian cause at the international level. Students held placards with a portrait of Arafat and wore the Keffiyeh.

In the southern West Bank, Israeli soldiers violently cracked down on a students’ rally in Beit Ummar town, north of Hebron, causing dozens to suffocate from tear gas.

They also quelled a similar rally held by the students of Tareq Bin Ziad Secondary School in the southern part of Hebron city, causing dozens of suffocation cases.

Dozens of other students suffocated as Israeli troops clamped down on a similar rally in Tuqu‘ town, southeast of Bethlehem.

In the besieged Gaza Strip, hundreds of Palestinians headed to Arafat’s home, west of Gaza, which still reflects the simple and modest lifestyle of the iconic Palestinian leader and where Arafat lived with his family from 1994 to 2001.