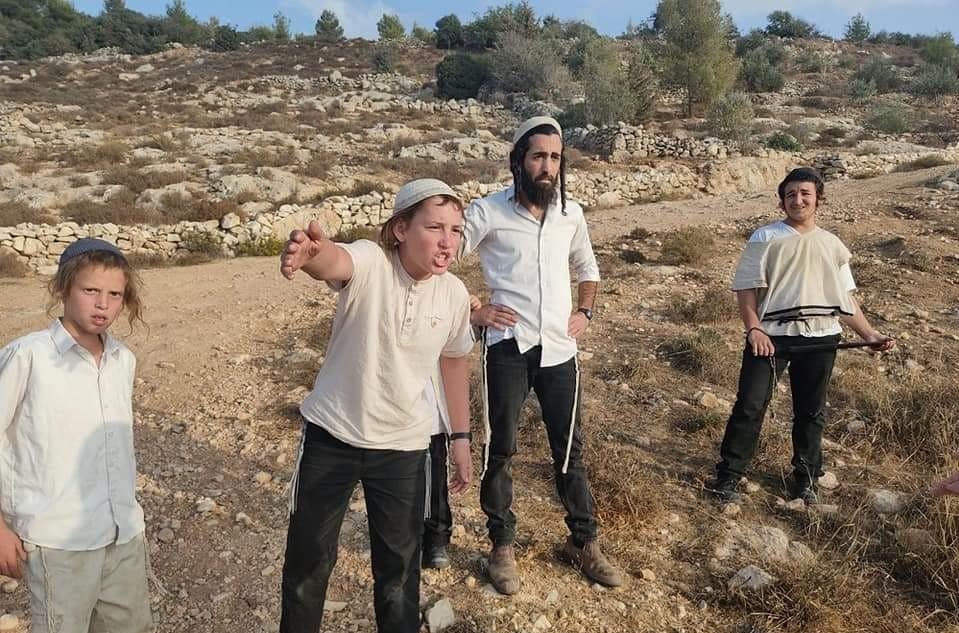 BETHLEHEM, Saturday, November 6, 2021 (WAFA) – Palestinian farmers today confronted and pushed back Israeli settlers who attacked the farmers while harvesting their olive crops in the village of Tuqou, east of the southern West Bank city of Bethlehem.

Hasan Breijieh, an official with the Wall and Settlements Resistance Commission, a Palestinian Authority institution, told WAFA that settlers from the illegal settlement of Taqoa, which has the same name as the Palestinian village, attacked the farmers and tried to force them to leave their lands but that the farmers confronted them and pushed the settlers out of the area.

The Israeli occupation army and settlers regularly attack and harass farmers harvesting their olive crops in the occupied territories.

Last week, soldiers prevented a South African diplomat from helping Palestinian farmers in the harvest in the same village and fired tear gas at them.