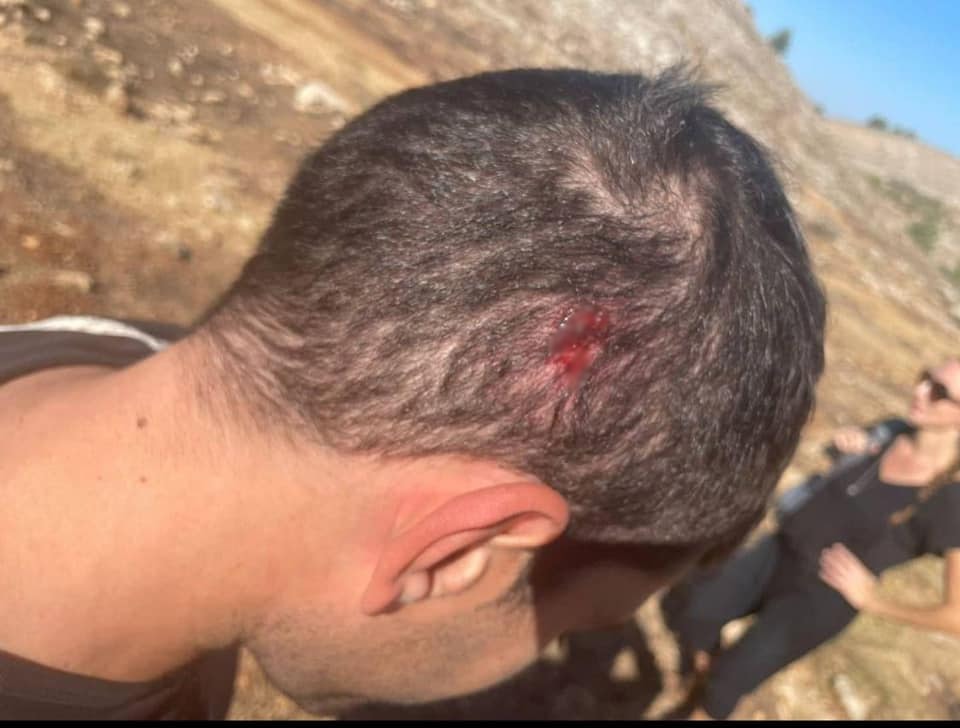 A Palestinian boy was hit with a stone in the head by the attacking Israeli settlers in Surif, 5 November 2021

Hassouna Al-Hih, a local Palestinian citizen, told WAFA that a group of settlers broke into an outskirt north of the town and attacked Palestinian farmers as they were harvesting their olive crops. At least one light injury was reported.

Another group of rampaging Israeli settlers also attacked with gunfire and stones Palestinians' homes in Khallet Sha'b Qandur, a small village near Surif, causing financial damages. No injuries were reported.

Meanwhile, dozens of Palestinians foiled an attack by Israeli settlers that targeted the town of Kafr Qaddum, north of the occupied West Bank.

Over the last few weeks, the West Bank witnessed a wave of Israeli settler attacks as Palestinian farmers began the year’s olive harvest. The attacks included chopping down and setting fire to olive trees in various areas of the occupied West Bank.

The Israeli occupation army also contributed to sabotaging the Palestinian olive harvest season by preventing farmers from reaching their lands located near the settlements or beyond the apartheid barrier.

The olive harvest is one of the most important seasons for thousands of Palestinian households in the occupied territories whose income depends heavily on the success of this season.