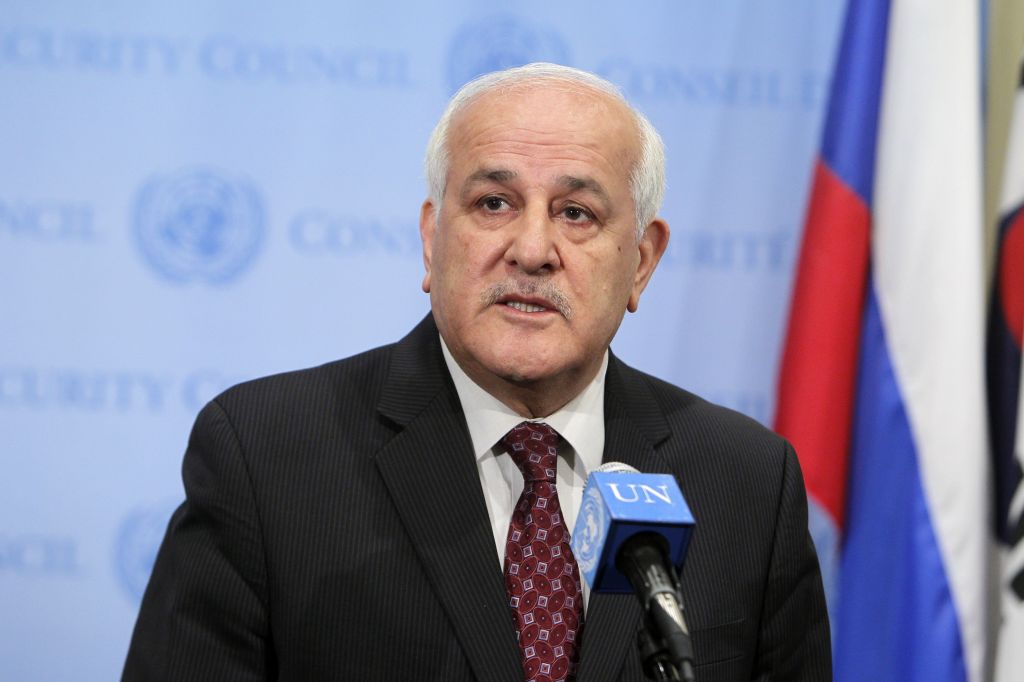 Ambassador Riyad Mansour, Permanent Representative of the State of Palestine to the United Nations

RAMALLAH, Friday, October 29, 2021 (WAFA) – The Permanent Representative of the State of Palestine to the United Nations, Minister Riyad Mansour, has sent three identical letters to the Secretary-General of the United Nations, the President of the Security Council and the President of the UN General Assembly regarding the increasing Israeli attacks on the Palestinian people.

“It is past time to put a stop to such flagrant trampling of international law, human rights abuses and mockery of the international community. It is time for all law-abiding States to say: enough,” said Mansour in the letters.

He continued, “A clear message must be sent that there will be no tolerance for continued Israeli violations in the Occupied Palestinian Territory and no acceptance of its perverse pretexts for continuation of these violations, from its destructive settlement activities, to its oppressive collective punishment of the Palestinian people, to its relentless suffocation of any and all advocacy aimed at promoting the realization of their rights and a just solution to their plight.”

Mansour said he was heartened by the broad international rejection of the recent Israeli military decree designating six Palestinian civil society organizations as so-called terrorist organizations. “But more needs to be done to put a stop to the criminalization of legitimate, peaceful efforts to assist to Palestinians, including children and women, and to advocate for respect of their rights, including the rights of refugees and prisoners, and for compliance with international law as it applies to this illegal occupation, which must be brought to an end.”

Palestine’s Permeant Observer to the UN added that the latest developments “reveal the extent to which Israel is willing to intimidate, smear and muzzle human rights defenders and humanitarians in order to undermine their invaluable work and conceal its crimes against the Palestinian people. We must recall here Israel’s long record of disparagement of UN bodies, non-cooperation with UN mandate holders and measures against civil society, including deportation and issuance of travel bans, raids on their offices, harassment and detention of their personnel.”

“If Palestine’s representatives appeal to the international community to uphold responsibilities and legal obligations on the Palestine question, it is labeled “diplomatic terror”; if we seek the application of international law in the courts, including in the ICC, it is labeled “lawfare”; if legitimate civil society organizations seek to protect human rights and aid the victims of this cruel occupation, they are branded “terrorists,” Mansour added.

He stressed, “We reiterate: this must be stopped. It is time for accountability and time to end the distortion, exploitation and breach of the law to serve this illegal occupation.”

“Continued inaction will only green light Israel’s intent to pursue and maintain oppression, colonization and apartheid, while intensifying the alarming trend of censoring those monitoring and reporting its violations and crimes. It is the shared responsibility of the international community, particularly the Security Council, to protect the voices of the voiceless and to put an end to such raging impunity.”