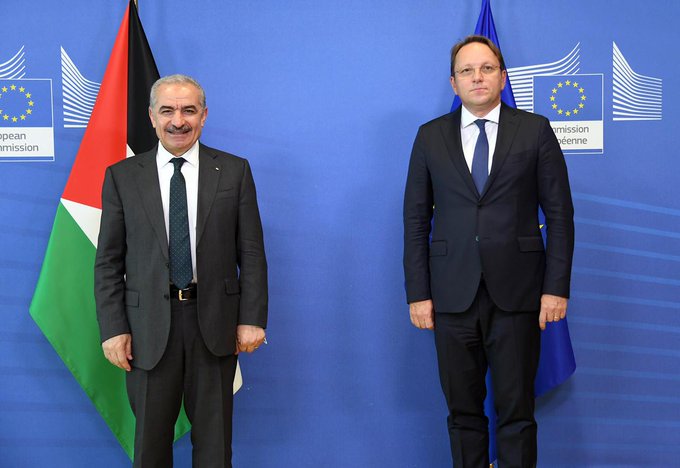 During the meeting, Shtayyeh and Vلrhelyi explored potential avenues for enhancing the European Union's financial support to Palestine. Both discussed ways to overcome technical and other obstacles, especially in light of the decline in donor support in the past years.

Prime Minister Shtayyeh stressed the importance of expediting the fulfillment of financial aid allocations for 2021 and 2022 to allow the Palestinian government to continue providing essential services to its citizens, in addition to supporting development projects, especially in the Gaza Strip, occupied Jerusalem, and the so-called "Area C."