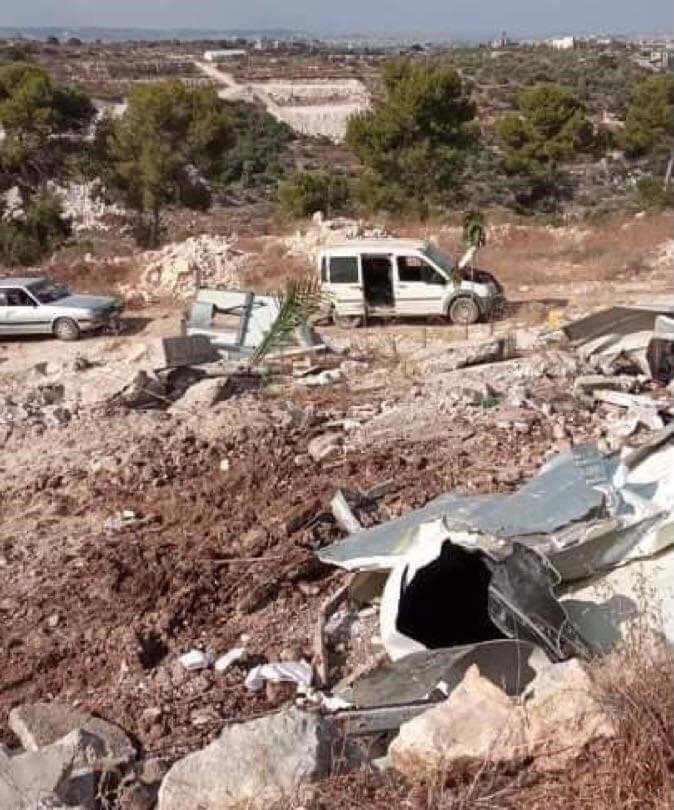 Remains of the demolition in Qaffin.

TULKARM, Wednesday, August 18, 2021 (WAFA) – Israeli occupation forces today demolished a barn near Qaffin town, northeast of the northern West Bank city of Tulkarm, and detained its owner, according to a resident of the town.

Khaled Ajouli, a resident of Qaffin, told WAFA that a large Israeli force escorted a bulldozer to the vicinity of Qaffin forest and tore down a barn for sheep and a water tank owned by Nidal Ajouli, 40, who was detained while his cousin was assaulted for attempting to get the sheep out of the barn.

He pointed that the demolition took place without any prior notice, adding that Israel had torn down a room in that area belonging to the same owner a year and a half ago.