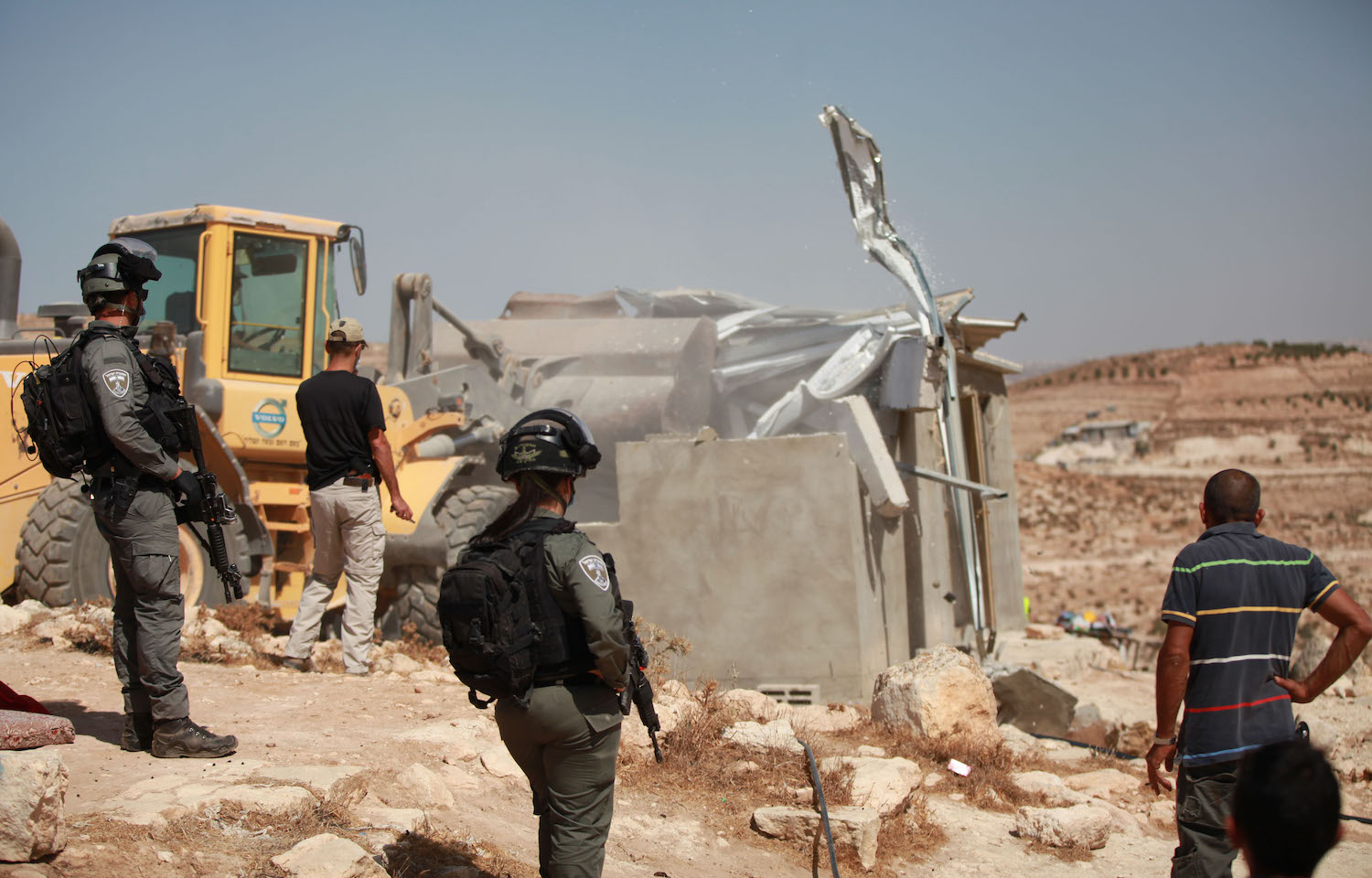 In Salfit district, Israeli forces escorted a bulldozer to Khallet al-Abhar area of Deir Ballout town, west of Salfit city, where the heavy machinery tore down a room.

The area is at the risk of pillage for Israeli settler-colonialism as the occupation authorities uprooted over 3,000 olive trees from it on January 6.

The construction of the road was implemented by the Union of Agricultural Work Committees to enable scores of farmers to reach their farmlands.

Military bulldozers were also escorted to Bardala village where they uprooted dozens of olive trees belonging in the western part of the village.