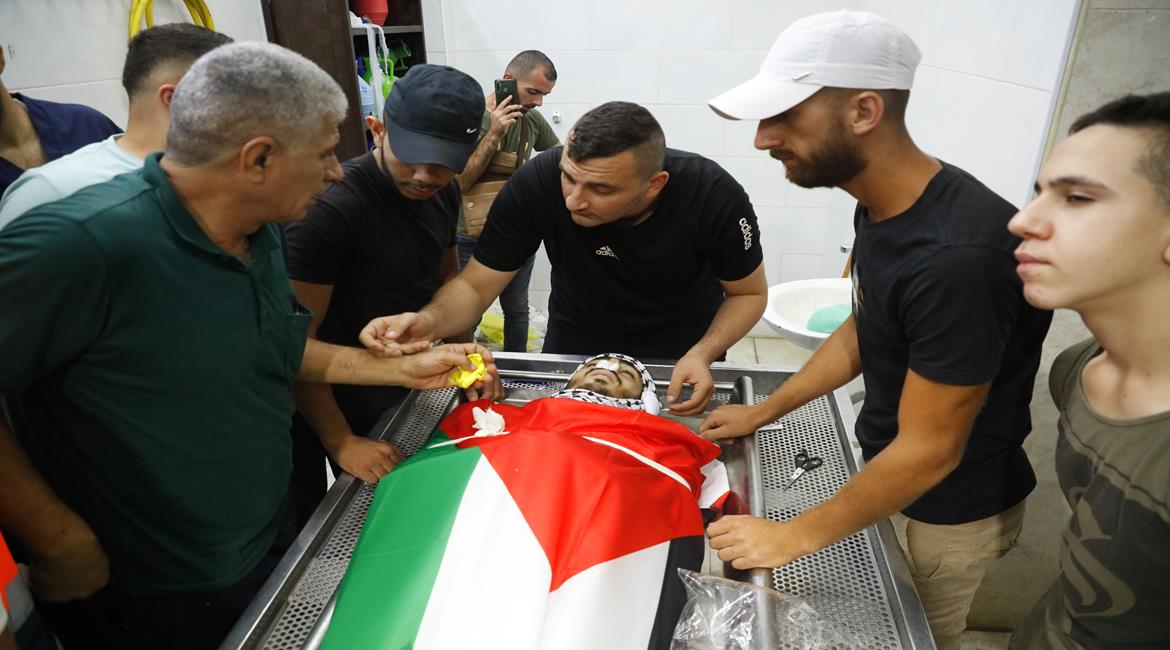 One of the two Palestinians killed in Jenin this morning by Israeli army gunfire. (WAFA Images / Udai Deibis)

Sources at Jenin hospital told WAFA that Saleh Amar, 19, from Jenin refugee camp, and Raed Abu Saif, 21, from Jenin city, have both been killed by Israeli gunfire, noting that the Israeli forces kidnapped the bodies of two more slain Palestinians, one of them identified as Nour Jarrar from Jenin city while the fourth has yet to be identified.

Sources in Jenin said the Israeli soldiers detained Mohammad Abu Zaina after raiding his home in the Jenin refugee camp.

A general strike and a day of mourning have been declared in the city.