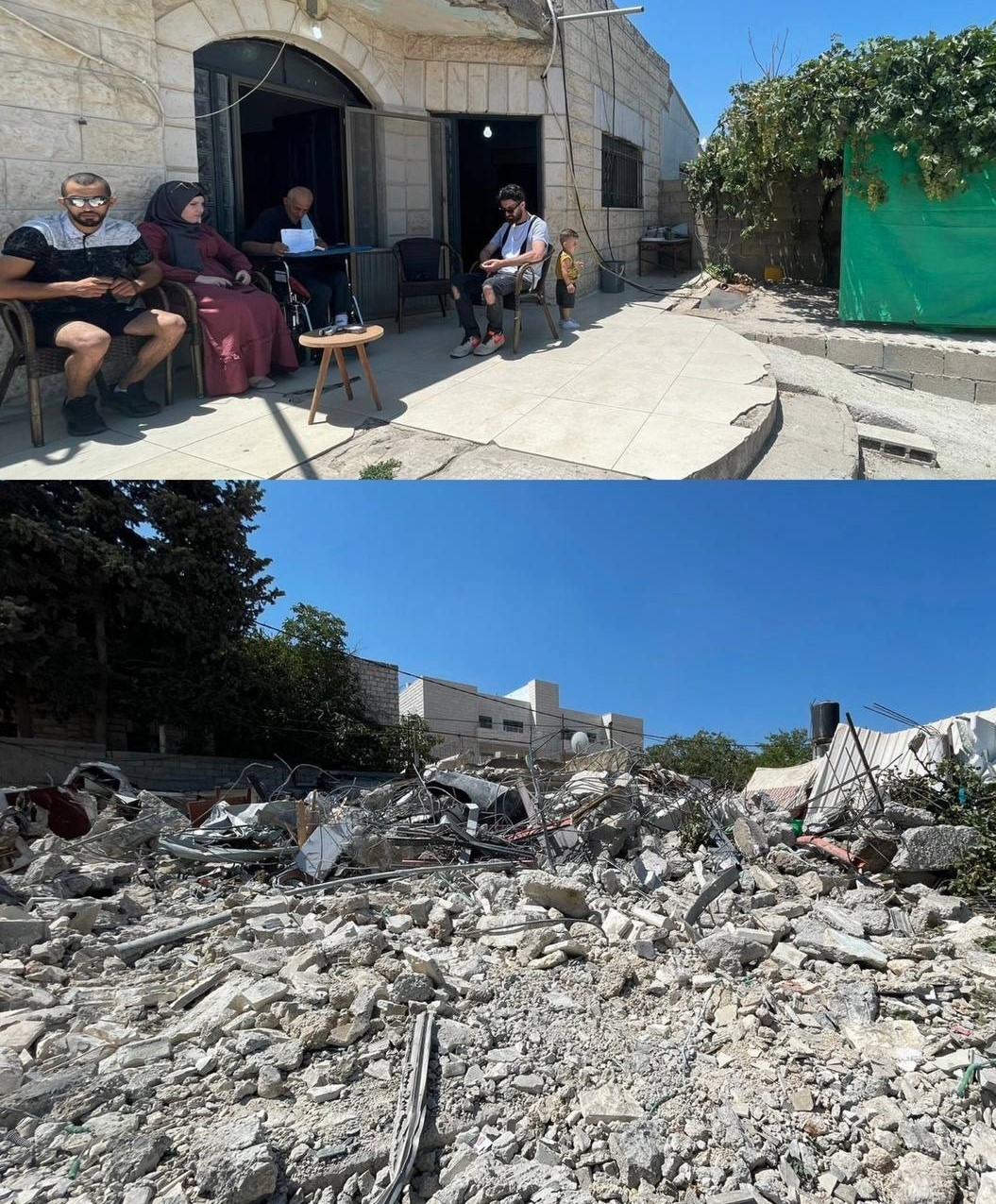 The Khader's homes in Beit Hanina before (top) and after the demolition.

JERUSALEM, Thursday, August 12, 2021 (WAFA) – Five Palestinian families were displaced today after the West Jerusalem Israeli municipality forced them to demolish their homes located in Beit Hanina neighborhood in northern East Jerusalem claiming the land the houses were built on was owned by Jews since before the 1967 Israeli occupation of the West Bank, including East Jerusalem, according to witnesses.

They told WAFA that members of the Khader family began to demolish their five apartments in the Ashqariya area of the neighborhood to avoid paying exorbitant fees in case the municipality carries out the demolition itself.

An Israeli court last week rejected an appeal by the families to stop the municipality’s demolition order, which was issued at the request of Israeli settlers who claimed ownership of the land on which the homes were built since 1962.

The five apartments belong to Abdullah Khader and his sons and their families.

According to a statement issued yesterday by the Palestinian Authority’s Ministry of Jerusalem Affairs the occupation authorities have demolished more than 81 Palestinian-owned buildings in occupied East Jerusalem since the beginning of this year.

It said the escalation in the demolitions coincided with a rise in efforts to evict hundreds of Palestinians from the homes where they have lived for decades in Sheikh Jarrah and Silwan in favor of Israeli settlers, warning of a plan to demolish dozens of homes in the al-Bustan area in Silwan.