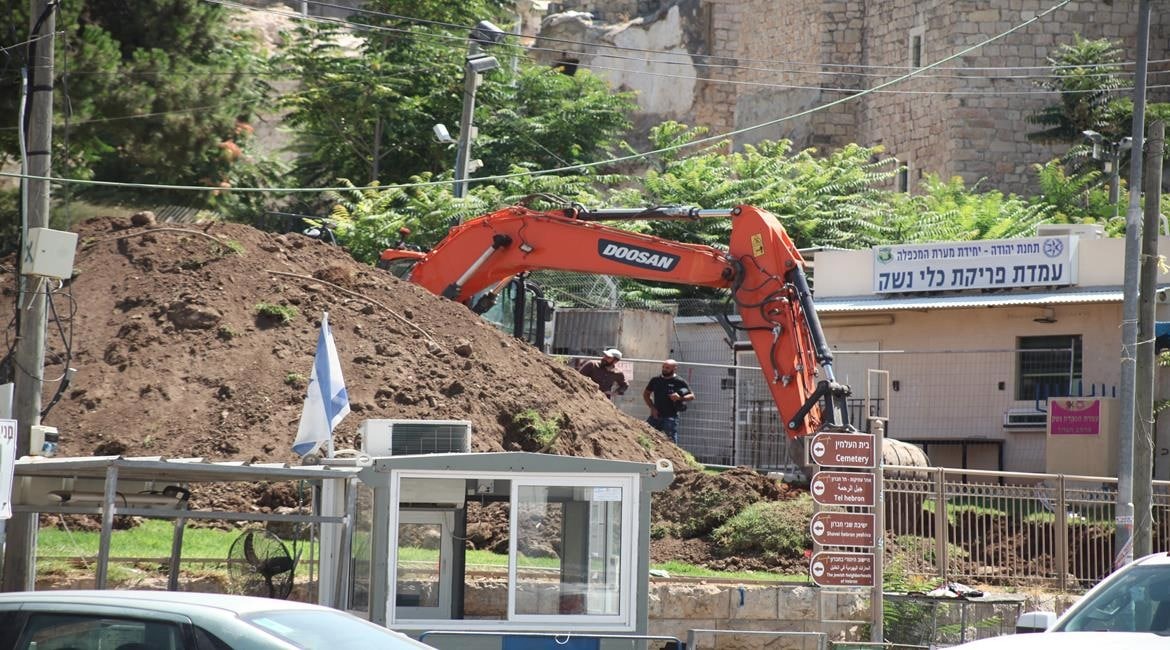 Israeli construction at the Ibrahimi mosque in Hebron.

Israel started this week construction work at the Ibrahimi mosque in order to facilitate the arrival of Jews at the holy site revered by Muslims as one of their most important holy places in Palestine, but later divided by the Israeli occupation authorities between Muslims and Jews, which they refer to as Cave of the Patriarchs.

The sources said the soldiers fired tear gas and stun grenades at the protesters before detaining three people, one of them a woman and a former prisoner.

Meanwhile, Israeli settlers in the Israeli-controlled area of Hebron, referred to as H2, attacked Palestinians’ shops near the Ibrahimi mosque, said the sources.