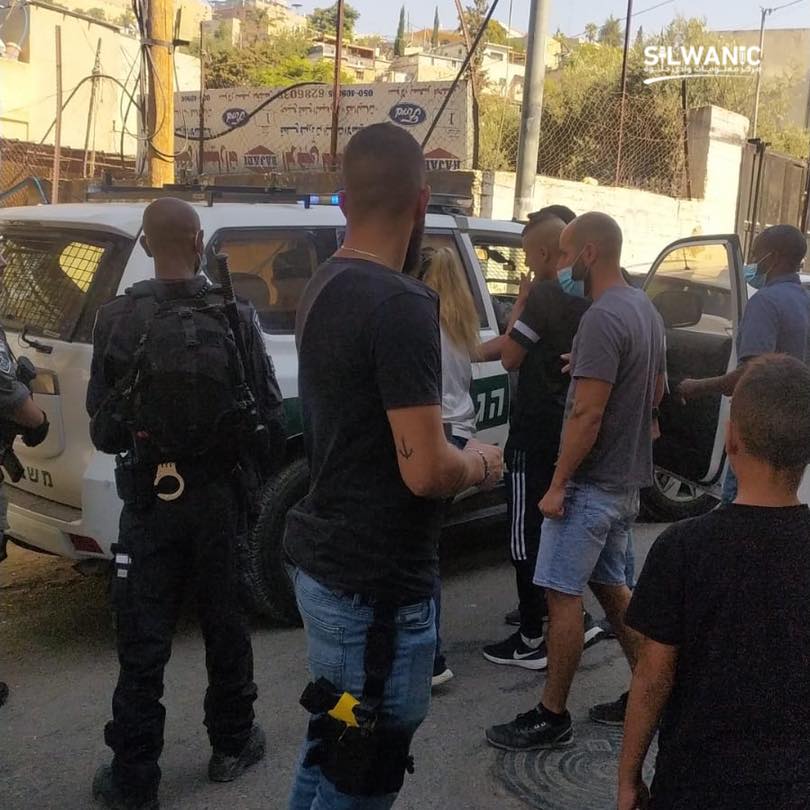 RAMALLAH, Thursday, August 05, 2021 (WAFA) – Israeli forces Thursday overnight detained at least 10 Palestinians and injured two others across the West Bank, according to local and security sources.

Israeli forces raided Wadi al-Far'a village, southwest of Tubas city, where they detonated the doors of several houses, went inside and ransacked their contents before rounding up a father and his two sons, as reported by Director of the Palestine Prisoner’s Society (PPS) Office, Kamal Bani-Odeh.

The soldiers forced their way into al-Far‘a refugee camp, triggering violent confrontations with local teens who protested the raid and injuring two by live ammunition.

In Jenin district, the sources confirmed a similar military raid in al-Yamun town, west of the city, where soldiers detained two others after ransacking the houses of their families.

In Ramallah district, Israeli soldiers conducted a raid in Deir Abu Mashaal village, northwest of the city, resulting in the detention of another.