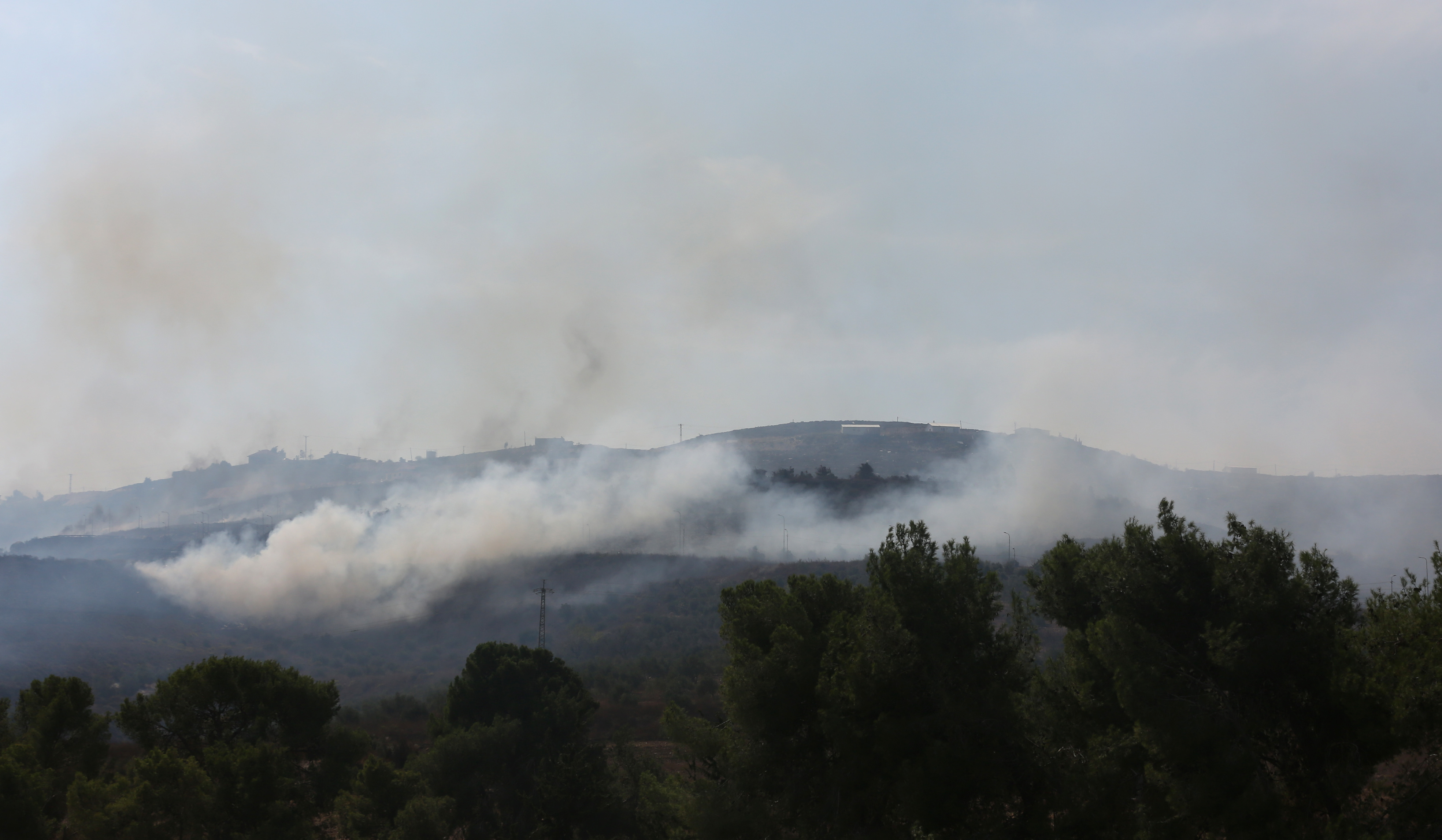 NABLUS, Sunday, July 4, 2021 (WAFA) – Israeli settlers today set fire to vast areas of agricultural land belonging to Palestinians in the village of Jaloud to the south of Nablus, the occupied West Bank, according to a local activist.

Ghassan Daghlas, who monitors colonial settlement activities in the northern West Bank, said settlers from a nearby illegal settlement set fire to vast areas of agricultural land at the eastern part of Jaloud village, destroying many olive trees and hay bales.

Forces prevented residents from reaching the area to put out the fire.