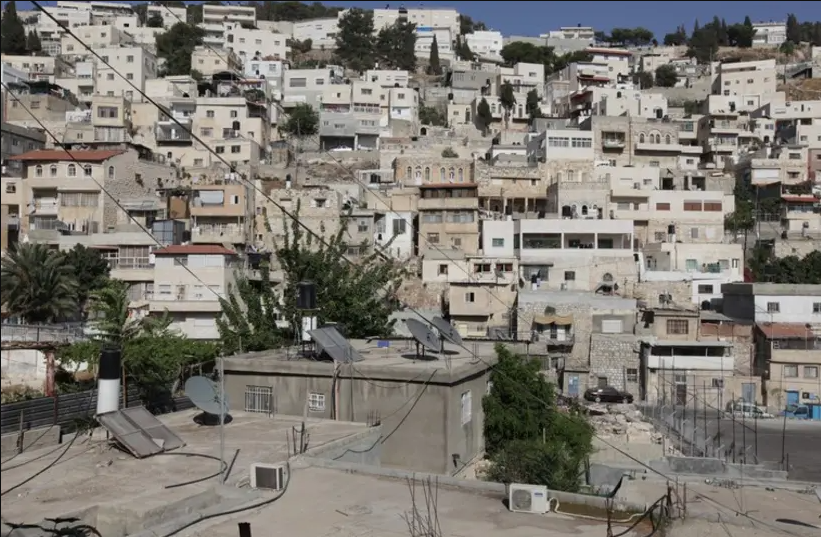 A view of Silwan neighbourhood in occupied Jerusalem

JERUSALEM, Sunday, June 27, 2021 (WAFA) – The deadline set by the Israeli occupation authorities ends today for 13 Palestinian families who received orders to self-demolish their homes in the Al-Bustan quarter in the occupied Jerusalem neighbourhood of Silwan within 21 days.

Earlier this month, the Israeli municipality in Jerusalem handed over notifications of renewal of house demolition notices belonging to 13 families in Al-Bustan. These homes are among 86 homes that the Israeli occupation courts had issued demolition orders against without specifying a date for implementation.

The Israeli municipality has threatened to demolish the 13 houses after the deadline and to fine their owners the demolition costs.

This is part of the policy of ethnic cleansing and liquidation of the Arab presence in neighborhoods near Al-Aqsa Mosque which aims to change the demographic structure and increase the number of settlers in Jerusalem.

The Al-Bustan neighbourhood in Silwan, which is south of the Old City, has 119 families in 88 buildings that are under threat of demolishment to make way for an Israeli archaeological park.

Since 2005, citizens of al-Bustan have received warnings to demolish nearly 90 homes under the pretext of building without a permit, in favor of a settler organization that seeks to turn the land into a national park.

The Jerusalem Municipality has already officially changed Al-Bustan's name to Gan Hamelekh (The King's Garden), claiming that it was a garden for Israelite kings thousands of years ago.

Located to the south of Jerusalem’s Old City, adjacent to its walls, Silwan has a population of about 33,000 Palestinian citizens, and has been targeted by Israeli settler organizations for years. In some cases, Palestinian residents have been forced to share homes with settlers.

Some of these families have been living in Silwan for more than 50 years since they were displaced from the Old City in the 1960s.

Israel's widely practiced policy of home demolitions and destruction of other property targets entire families. Such demolitions are regarded as illegal collective punishment and are a violation of international human rights law.