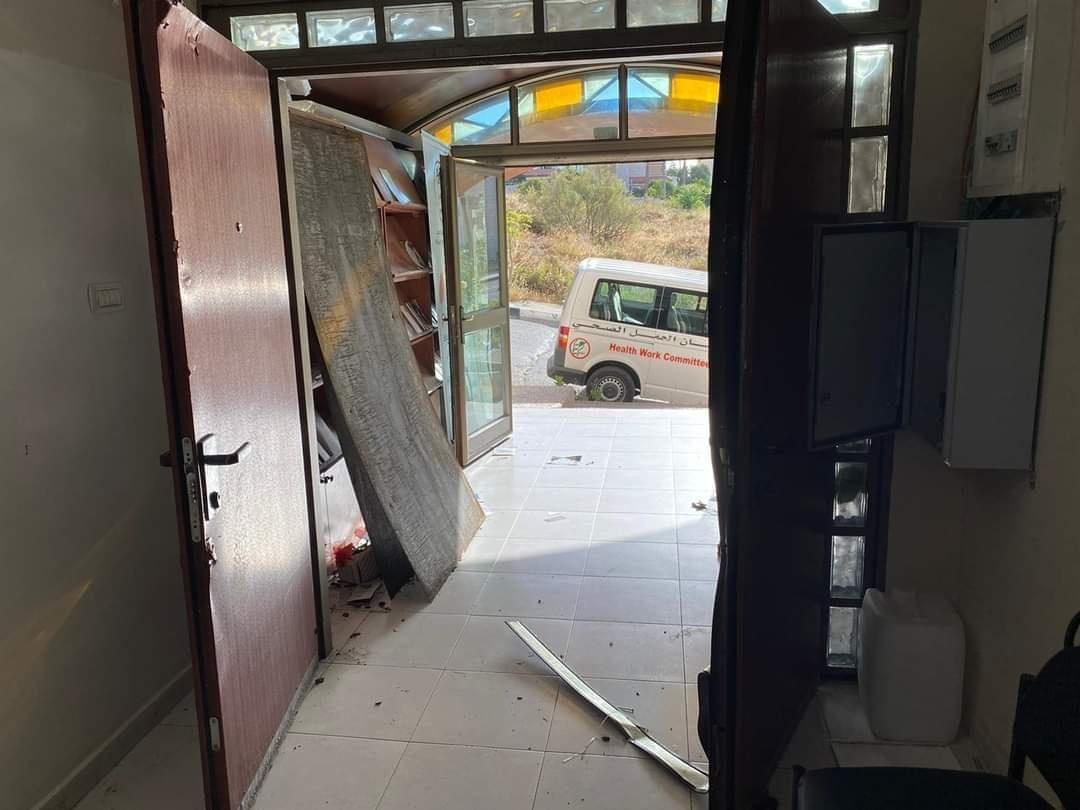 AL-BIREH, Wednesday, June 09, 2021 (WAFA) – Israeli forces dawn Wednesday raided the main headquarters of a leading health organization in the occupied West Bank city of al-Bireh and ordered the place to be shut down.

General Manager of the Health Work Committees (HWC), Shatha Odeh, said that the heavily-armed Israeli soldiers smashed the main door of HWC headquarters and barged their way inside, tampering with and damaging most of its contents and seizing four computers, before posting a military order to close the building for six months, renewable.

She added that the Israeli decision to close the organization comes under flimsy security pretexts, while noting that this is the second time the headquarters was raided during the last two months.

On March 8, Israeli soldiers ransacked HWC premises and seized the hard discs of seven computers and other documents before leaving.

Odeh pledged that HWC will continue to carry out its work even if it has to look for another place.

Established in 1985 by a group of Palestinian volunteers working in the health sector, HWC is a non-governmental health and development organization which strives to meet the health care needs of the Palestinian population living under the Israeli occupation, particularly the poor and the marginalized.

HWC services benefits over 400,000 beneficiaries, with the services provided by its 270 fulltime employees and over 150 part-time and contracted medical professionals in 17 health centers and clinics throughout the West Bank. These centers range from small clinics to a day surgery hospital that provides health services through general medicine, laboratory, radiology, surgery, and specialities.