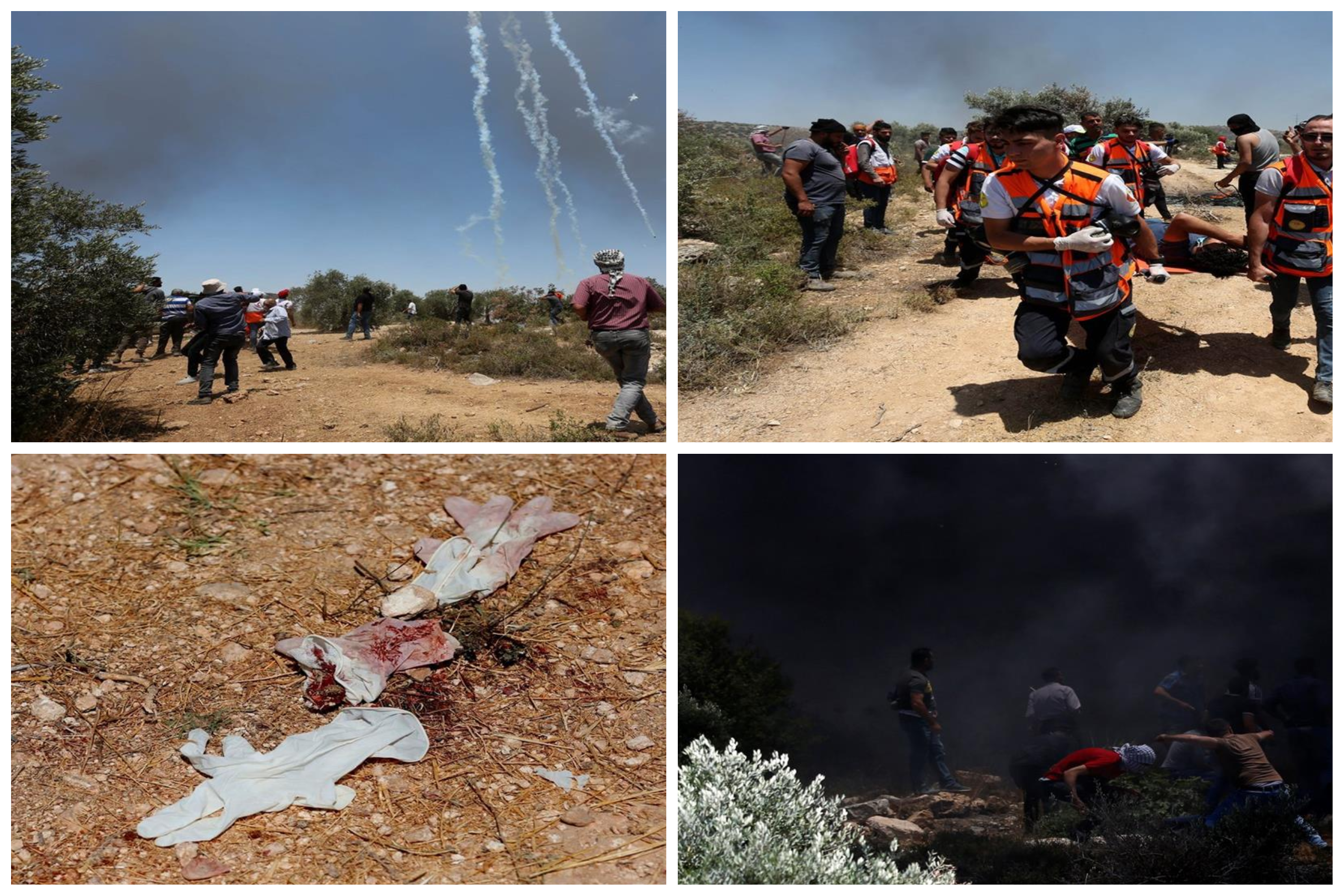 Clashes erupted with the Israeli occupation forces at Jabal Sabih in the village of Beita, June 4, 2021 (Credit: Ayman Nubani / WAFA)

NABLUS, Friday, June 4, 2021 (WAFA) – About 113 Palestinian protesters were injured today as Israeli occupation forces quelled an anti-settlement-construction rally in the village of Beita, south of the West Bank city of Nablus, according to medical sources.

Director of the Palestinian Red Crescent's (PRC) Emergency Department in Nablus, Ahmad Jibril, said that PRC medics evacuated to hospitals 16 Palestinians who were injured by Israeli military live ammunition in confrontations at Jabal Sabih mount, located near the town, where Israeli settlers recently set up an illegal settlement outpost.

The PRC said an additional 20 Palestinian protesters were injured with rubber-coated rounds, four others injured after being beaten by the soldiers, while another 73 Palestinians suffocated from teargas inhalation.

Jibril pointed that one of the casualties sustained a serious injury by a live round in the neck.

The villagers of Beita, Yatma and Qabalan towns, south and southeast of Nablus, took part in the rally called for in protest of the construction of a new colonial settlement atop Jabal Sbeih (Sbeih Mountain).

The nonviolent rally was called for after a group of Israeli settlers set up over 20 mobile homes or caravans atop the mount as a prelude for taking over the complete mount and establishing a colonial outpost.

Issa Barham, in his 40s, and Zakaria Hamayel, 28, were shot dead by Israeli occupation forces and dozens of others were wounded in Beita in the past two weeks.