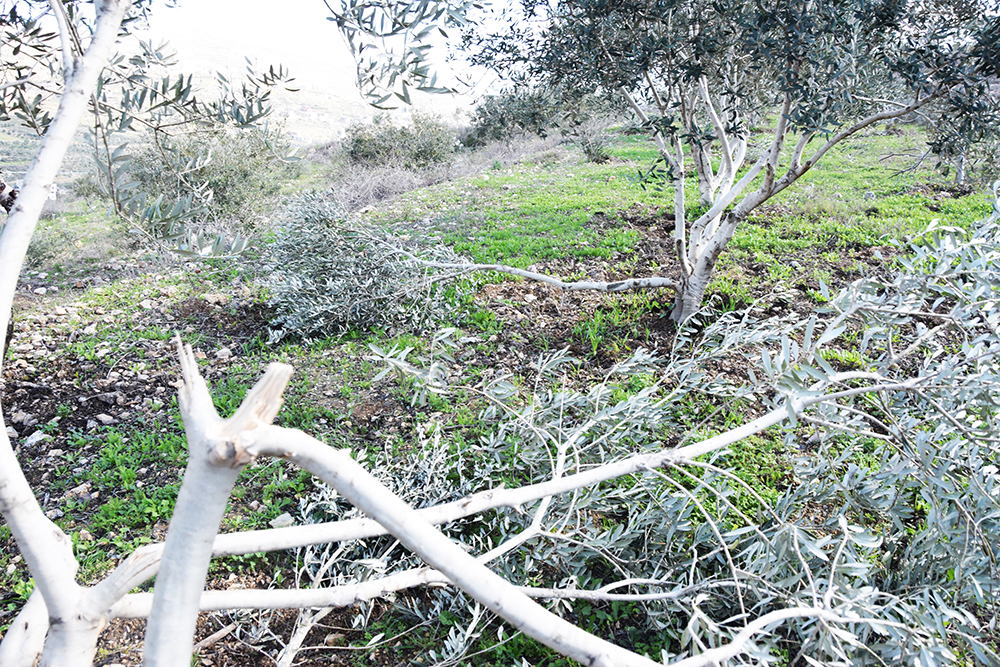 They confirmed that the settlers assaulted several houses belonging to the Es‘ifan family in the Hebron’s neighborhood of Wadi al-Hasin, northeast of the city.

Settlers also physically assaulted members of the Abu Halawa family and uprooted 35 olive trees and other summer crops from a 2-donum plot of land in al-Rayhiya town, southwest of the city.

The assailants came from Hagai, one of the Israeli colonial settlements notorious for their hardcore fanatic community in Hebron district.