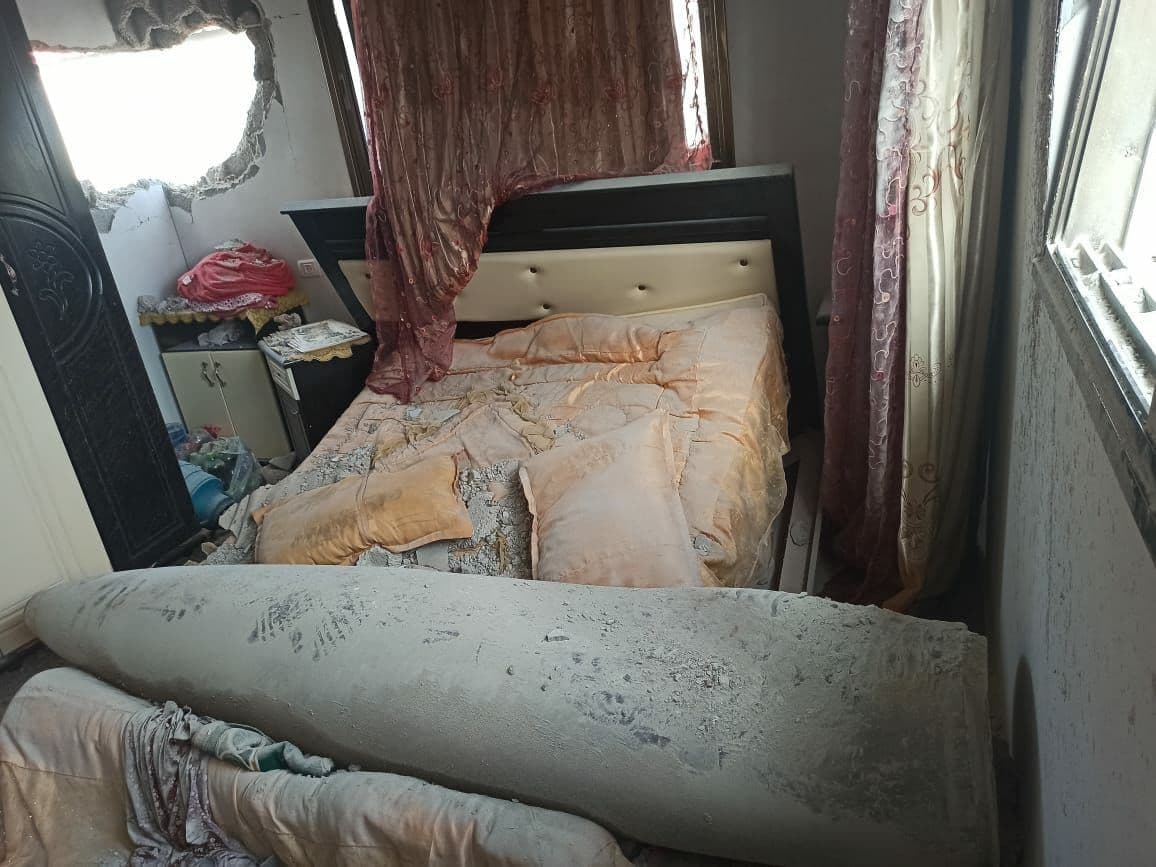 A huge unexploded missile fired by an Israeli fighter jet hit the bedroom of the Abu Mehareb family in Khan Younis.

GAZA, Thursday, May 20, 2021 (WAFA) – A Palestinian family survived imminent death early today morning when a huge ordnance thrown down by Israeli fighter jets hit their home in the city of Khan Younis, south of the Gaza Strip.

WAFA correspondent said a huge missile hit the Abu Muhareb family house in Khan Younis but fortunately did not explode. Should the missile explode, the house would have turned into rubble in one second.

The Palestinian Ministry of Health announced earlier today the death toll of the ongoing Israeli military aggression on the Gaza Strip has so far risen to 230, while the number of wounded increased to 1,710.

In addition, over 50,000 Palestinian civilians remain internally displaced as a result of the heavy bombing that mainly targeted homes and other residential facilities in the war-ridden Strip.