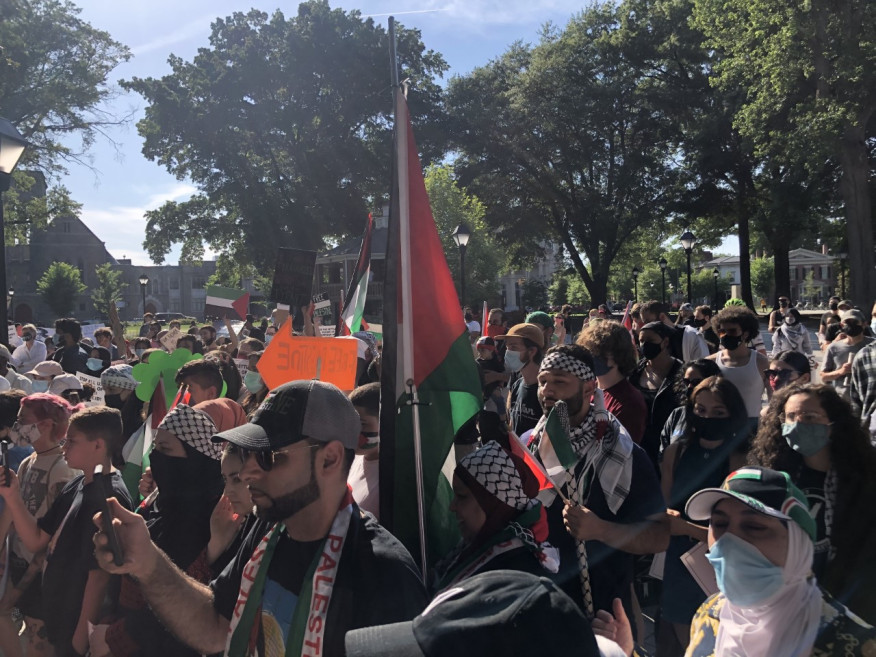 RICHMOND, Thursday, May 20, 2021 (WAFA) – Hundreds of pro-Palestine protesters, including families, students and children, gathered yesterday at Monroe Park in Richmond, Virginia, in solidarity with the Palestinian people and in protest of the Israeli aggression on Gaza.

The protesters waved Palestinian flags and held up signs condemning Israel’s aggression on Gaza and Jerusalem, calling for an end to hostilities and to Israel's apartheid regime.

The Arab American Association of Central Virginia, Richmonders for Peace in Israel-Palestine, and Virginia Defenders for Freedom, Justice & Equality held the event as the latest escalation of violence in the region continues in its second week.

As the march got underway Wednesday evening, the protesters chanted: “From the river to the sea, Palestine will be free” and “Israel is a racist state.”

In a news release before Wednesday’s rally, organizers said they were specifically calling for Israel to cease the aggression on Gaza, where two million Palestinians live, and the seizure of Palestinian homes in Jerusalem. The demands also called for the US to stop providing aid to “Israeli apartheid.”

Marches in support of Palestinians were held across the United States on Saturday. Since the beginning of the aggression on May 10, at least 231 Palestinians have been killed, including 64 children and 38 women, and 1,620 others wounded.