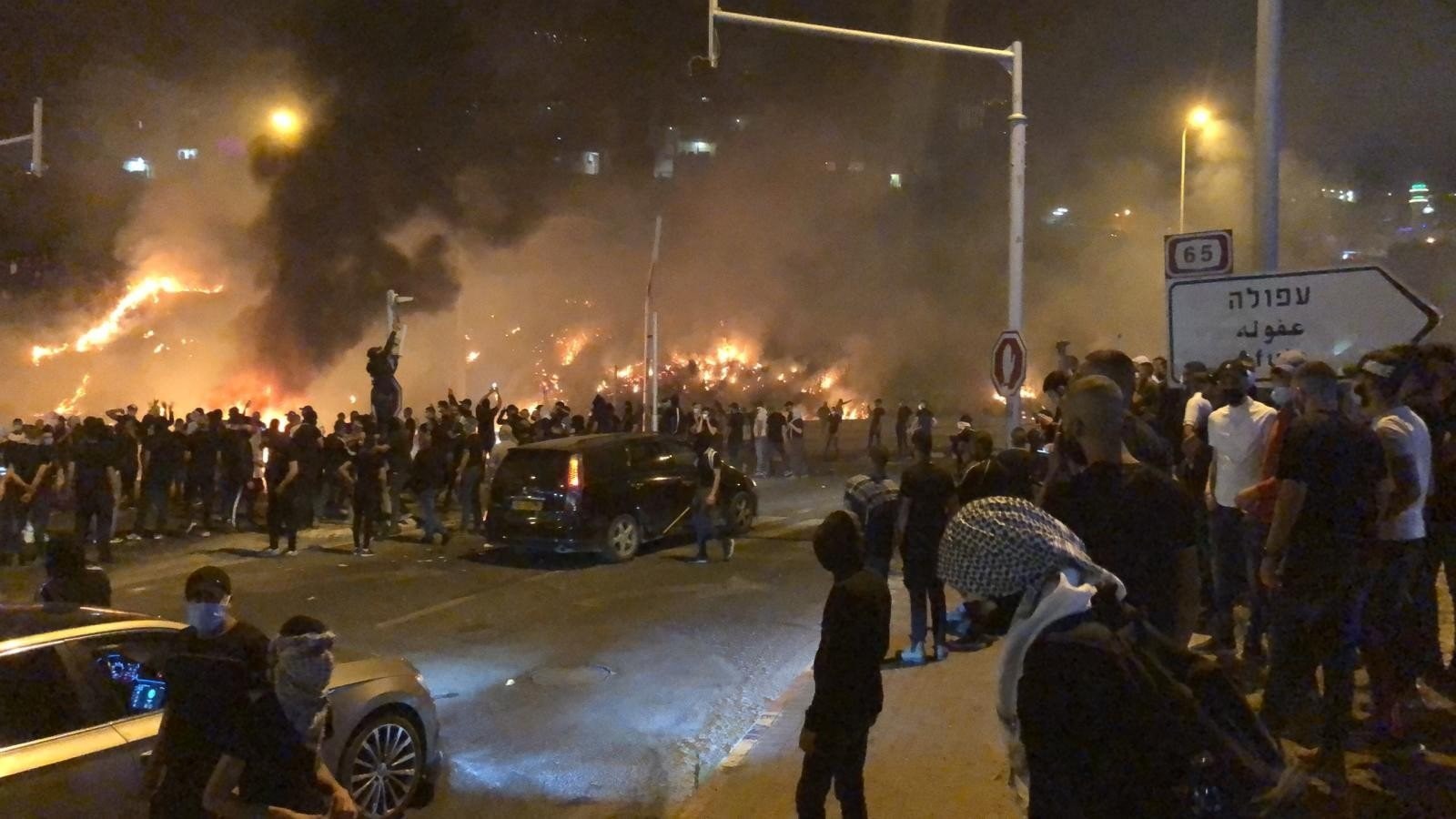 NAZARETH, Friday, May 14, 2021 (WAFA) – Thousands of Palestinians in the 1948-occupied land demonstrated for the fourth night yesterday in protest of the Israeli aggression on the Gaza Strip and in protest of Israel's attempts to alter the status quo in the Al-Aqsa Mosque in occupied Jerusalem.

Israeli police also detained around 374 Palestinians holding the Israeli nationality against the backdrop of the ongoing protests in support of Jerusalem and Gaza.

Several of these protests were quelled by Israeli police, who reportedly detained many of the protesters.

In the city of Lod, clashes erupted between Palestinian citizens and hardcore settler groups who attacked a mosque and opened gunfire at many Palestinian-owned homes in the city.

In Jaffa, a group of Israeli settlers protected by a police escort opened gunfire at a mosque while several worshipers were inside. No injuries were reported.

In Haifa, Israeli police detained 30 Palestinian protesters, including a 10-year-old child, while demonstrating in support of Jerusalem and Gaza.

Hardcore settlers also broke into the Palestinian neighborhood of Wadi Jamal in Haifa and fired live shots and stun grenades at inhabited homes.

In the village of Kafr Manda, a 23-year-old youth was stabbed and moderately injured by Israeli settler at a road junction on the entrance to the village.

Several attacks by Israeli settlers or police were also reported elsewhere in many areas of across 1948-occupied Palestine.