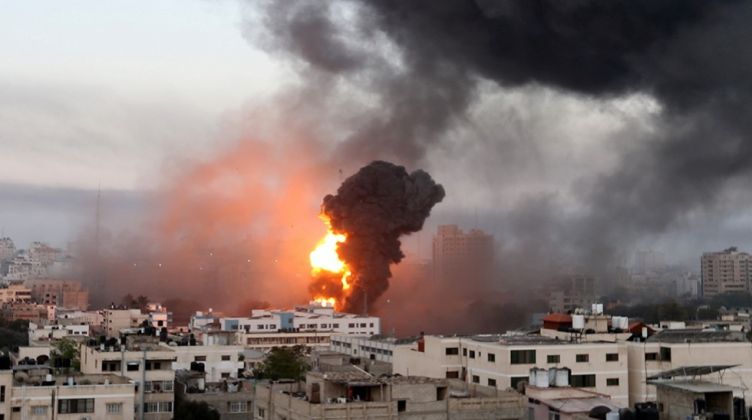 GAZA, Friday, May 14, 2021 (WAFA) – At least 115 Palestinians have been killed, including 28 children, and 621 others injured by the ongoing Israeli aggression on the besieged Gaza Strip which today entered its fifth day, according to the last update of the Ministry of Health at midnight Thursday-Friday.

The latest Israeli airstrikes targeted residential facilities and homes in the town of Beit Lahiya, north of the Gaza Strip, resulting in at least four Palestinians killed and dozens injured. Over 20 wounded were moved to hospital, and dozens of families were displaced.

Another heavy barrage of Israeli bombing from the land, air and sea targeted the neighboring town of Beit Janoun, which caused significant damage and mass destruction of dozens of residential facilities.

Hundreds of families from the northern Gaza district were seen fleeing their homes towards the south as a result of the heavy Israeli bombardment which seems to be unabated.

The cities of Rafah and Khan Younis in the south of the Strip also came under heavy artillery bombardment which caused significant damage to infrastructure and residential facilities.