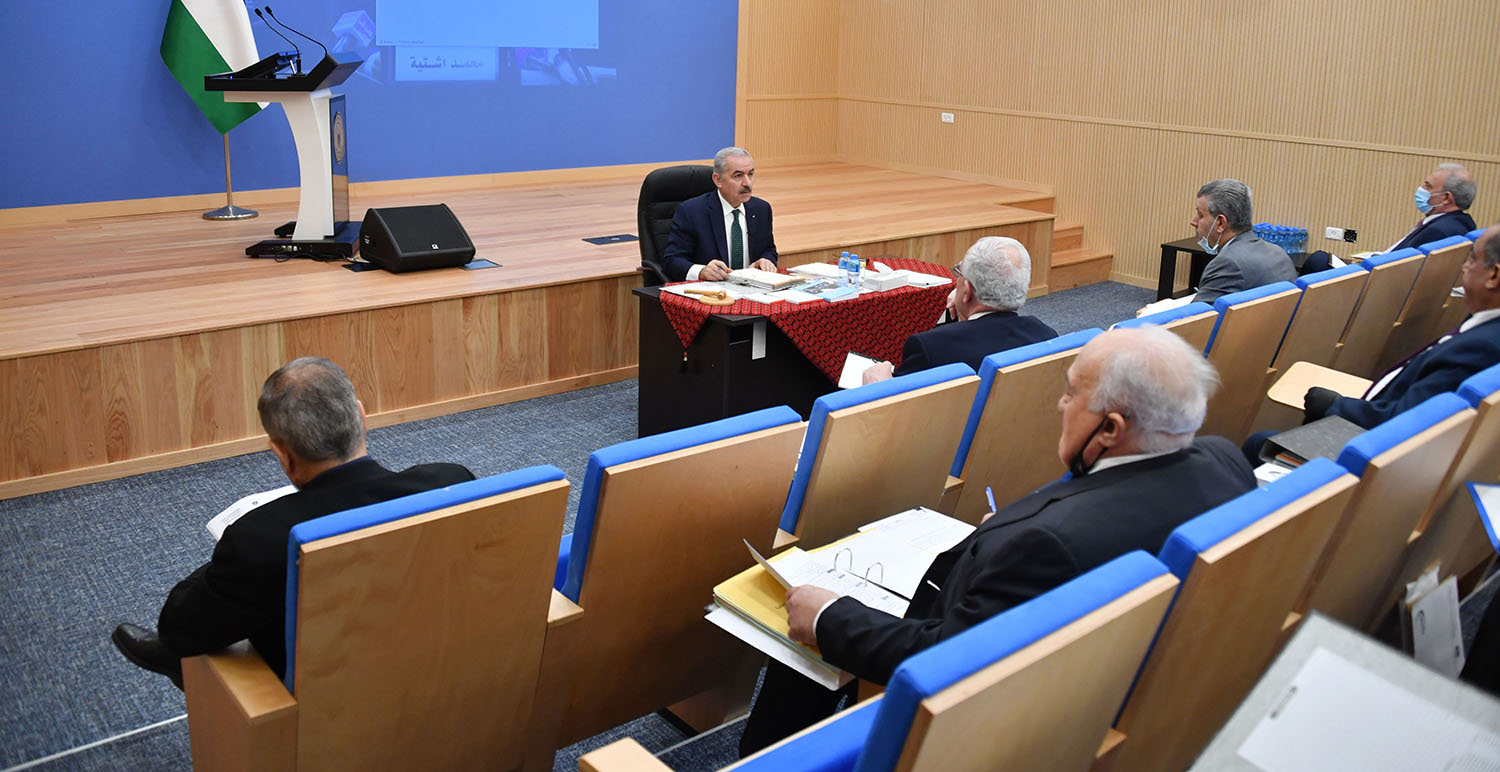 Speaking at the opening of the weekly Palestinian cabinet meeting held in Ramallah, Prime Minister Shtayyeh demanded that the US administration act quickly and forcefully to curb the Israeli settlement expansion, which includes plans to establish more than 12,000 settlement units in the West Bank, including 540 units in Jabal Abu Ghneim, south of Jerusalem.

Colonial settlement expansion in the occupied territories is very dangerous and will undermine international efforts to establish the Palestinian state on the June 4 lines with Jerusalem as its capital, he said, adding that the settlement expansion, and the discussion at the Israeli parliament, the Knesset, of a bill to legitimize the settlement outposts, are in contradiction with United Nations Security Council resolutions related to settlement activity, foremost is 2334.

Shtayyeh also condemned the ongoing Israeli violations of the sanctity of Al-Aqsa Mosque as a purely Muslim holy place, and the daily attacks by police on worshipers in Jerusalem during the holy fast month of Ramadan, noting that the intrusions and attacks are part of a bigger plan that aims to divide the Muslim holy place, vowing to continue to confront these Israeli plans.

He also condemned Israeli police arrest of a number of candidates for the Palestinian legislative elections in occupied Jerusalem and barring a press conference for the candidates participating in the legislative elections scheduled for May 22, pointing out that his government will continue to work with international parties to get Israel to remove the obstacles placed in the way of holding elections in Jerusalem.

He said Foreign Minister Riyad Malki is going to visit Brussels in order to recruit the international community to support conducting elections in Jerusalem.

"We are confident that our international partners will help us overcome the obstacles facing conducting this constitutional entitlement on time and without obstacles that would hinder its conduct in Jerusalem according to the same mechanisms in which the elections were held in 1996, 2005, and 2006, and here I confirm that the government has done everything that is required to make the democratic process and elections a success," said the Prime Minister.