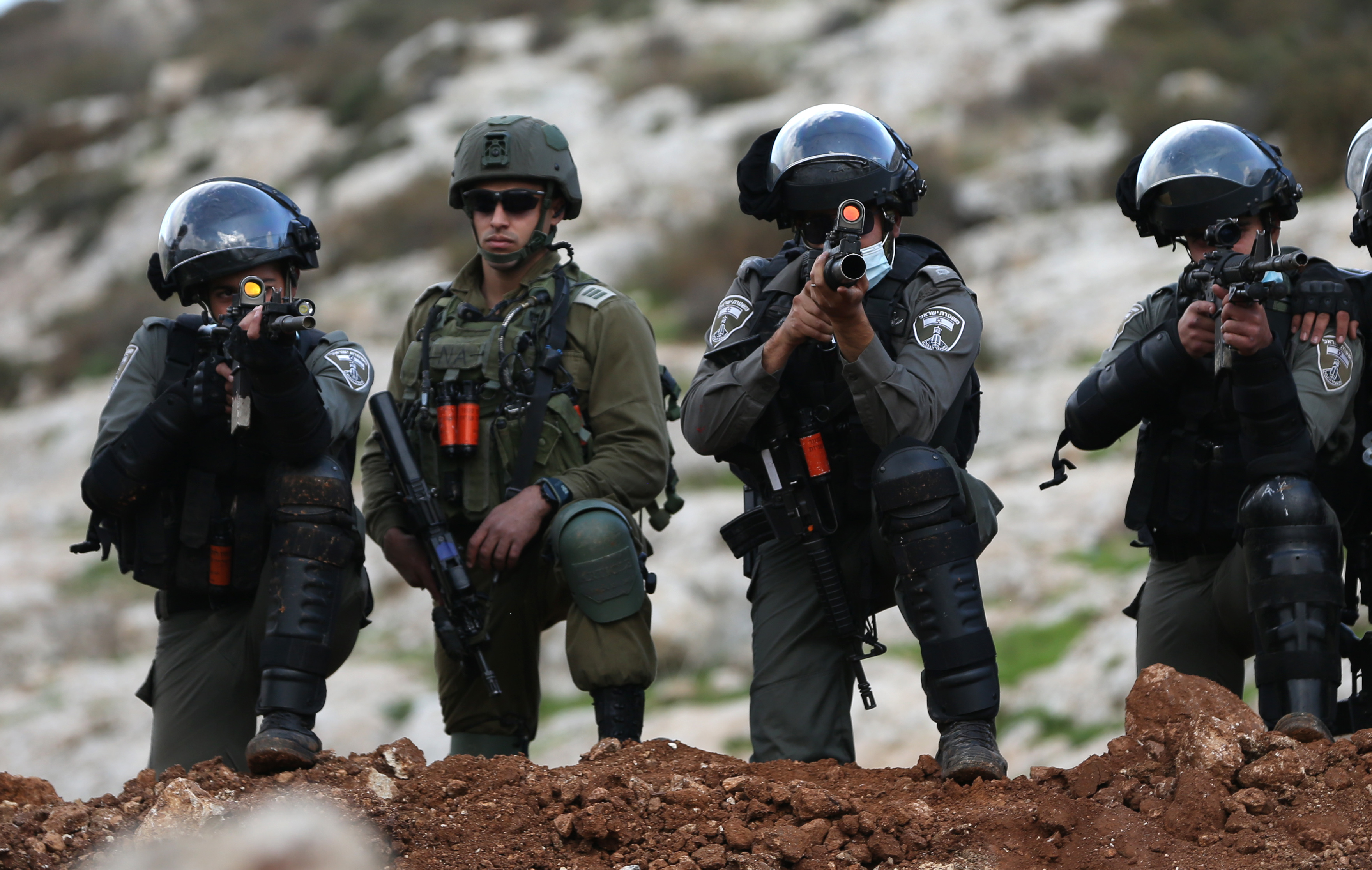 RAMALLAH, Tuesday, April 06, 2021 (WAFA) – The wife of a Palestinian man shot and killed early this morning by Israeli army gunfire near the village of Beir Nabala, northwest of occupied Jerusalem, said that the soldiers opened fire at their car after they were told at a checkpoint to proceed on the road.

Osama Mansour, 42, from the village of Biddu, near Beir Nabala, was shot in the head with a live bullet and died upon arrival at a hospital in Ramallah, while his wife, who was also shot in the back, was reported in stable condition.

The Israeli army claimed in a statement that soldiers opened fire at a car after it stopped at a flying checkpoint set up in Beir Nabala and then sped away in the direction of nearby soldiers, prompting the shooting at the car.

“We were returning home when we saw two army jeeps. They told us and other cars who were there to stop and turn off the car. We stopped and turned off the car as they said,” Mansour’s wife told Palestine TV.

“Then he (the soldier) looked at us and said go on. So we turned on the car and left when they started to shoot at us with live bullets. My husband fell in my lap. He asked me if I was hit and then was quiet. He was dead,” she said.