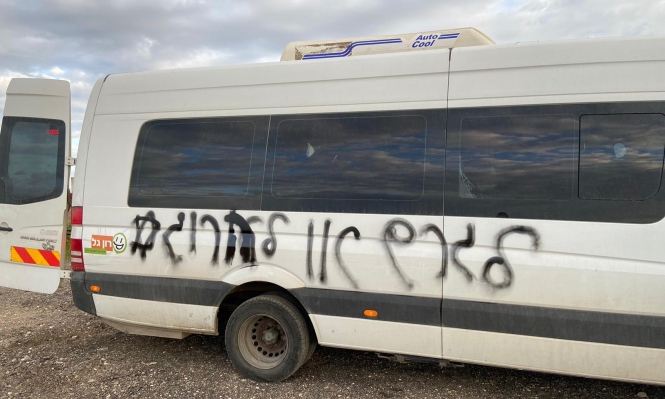 Hate graffiti that says 'expel of kill' scrawled on a Palestinian-owned vehicle in the town of Kufr Qassem inside Israel.

The Arab 48 news website quoted witnesses saying that a group of Israeli fanatics sneaked into the town during the early morning hours, slashed tires of several vehicles, and spray-painted them with hate graffiti such as “expel or kill” and the Star of David.

Police were summoned to the area and reportedly started an investigation into the racist hate crime.

Price Tag is an anti-Palestinian Jewish group that routinely attacks Palestinians in the occupied territories and inside Israel. The Israeli government still refuses to label it as a terrorist organization and considers it only as a group of vandals.