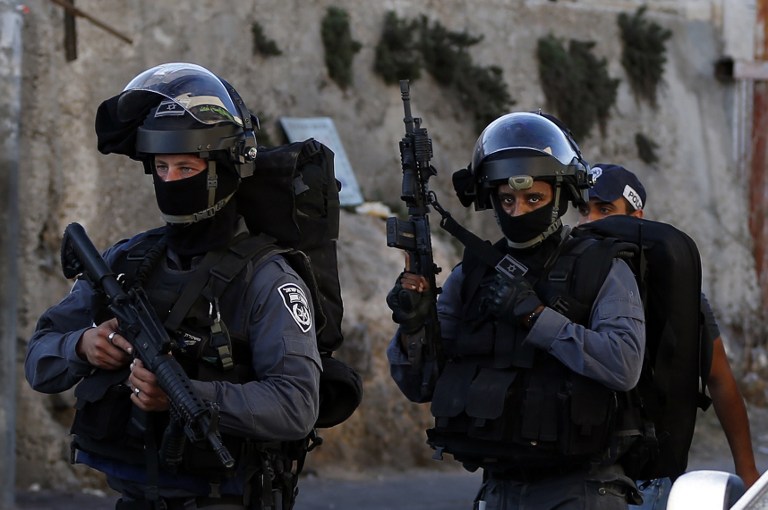 JERUSALEM, Sunday, March 14, 2021 (WAFA) – Israeli occupation forces last night detained four Palestinians and injured another one with gunfire during raids in occupied Jerusalem and neighboring villages, according to local sources and witnesses.

Heavily armed Israeli police officers stormed the neighborhoods of al-Isawiya and al-Tour in the occupied capital, where they detained four Palestinians after raiding and searching their homes. Among the detainees was a 17-year-old minor identified as Ibrahim Huneti.

Meanwhile, an Israeli occupation army force raided the village of Hizma, northeast of Jerusalem on the West Bank side of the Israeli segregation barrier, and clashed with local residents. A protester was reportedly shot and injured by a live gunshot in his thigh bone fired at home by Israeli soldiers.

In the meantime, Israeli occupation soldiers physically assaulted and briefly detained a Palestinian from the village of Kifl Haris, north of the occupied West Bank city of Salfit.

The soldiers reportedly attempted to falsely accuse Ebeid of attempting to carry out a stabbing attack against them in order to justify the assault, before letting him go.