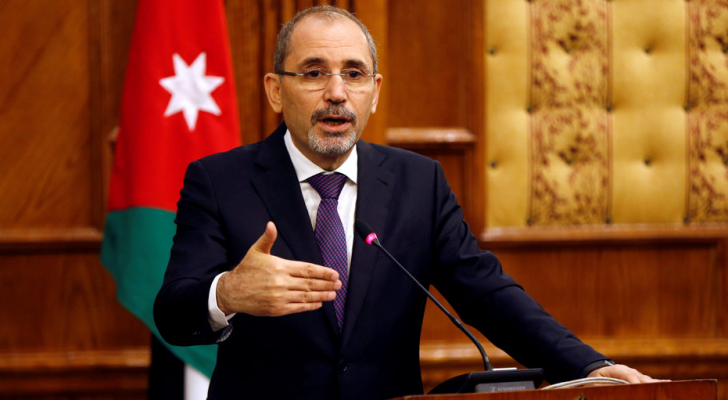 AMMAN, Friday, March 12, 2021 (WAFA) - Jordan's Foreign Minister Ayman Safadi said yesterday that Prince Al-Hussein bin Abdullah II, the Crown Prince, had canceled a visit scheduled to the Al-Aqsa Mosque compound to mark the Night of Isra wal Mi'raj due to Israel's breach of access arrangements to the Mosque's yards and the attempt to impose complications that would have restricted the movement of Palestinians.

Safadi said Prince Hussein Bin Abdullah had planned to join Palestinian worshippers during a service in the mosque, which is Islam's third holiest site and located in Jerusalem's Old City, which Israel captured during the 1967 war.

He added that Jordan had agreed with Israel on visit arrangements, but that they "were surprised at the last moment that Israel wanted to impose new arrangements and change the visit program, which would have constricted Jerusalemites' movement in a night that is dedicated for prayer and worship."

"His Highness decided not to allow restrictions on Muslims on this blessed night and not to disturb its peace and thus decided to cancel the visit to preserve the right of the Jerusalemites to celebrate this holy occasion freely and without new restrictions," Safadi was quoted as saying by Jordan's official news agency Petra.

Israel captured and illegally annexed East Jerusalem, which includes the Old City and the Al-Aqsa Mosque compound, during the 1967 war, in a move that has never gained international recognition.

Under signed agreements, Jordan is the custodian of the Muslim and Christian holy sites in occupied Jerusalem.