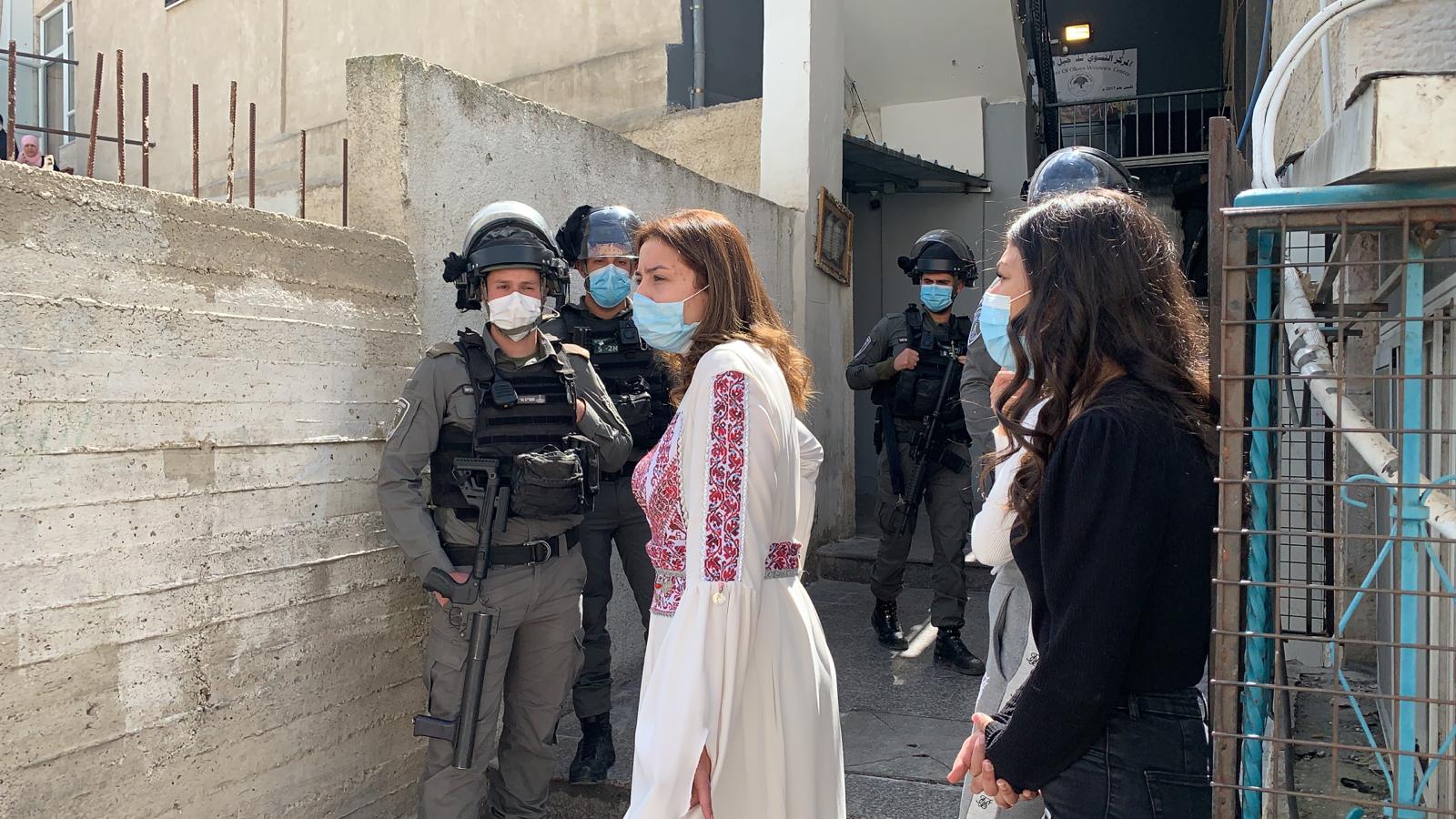 JERUSALEM, Monday, March 08, 2021 (WAFA) – Israeli occupation forces today prevented Palestinian women from holding an event in occupied East Jerusalem to celebrate International Women’s Day and detained some of the organizers, according to Sabreen Sayyad, one of the organizers of the event.

She told WAFA that the forces prevented the women from holding the event in al-Tur neighborhood of East Jerusalem and detained the head of al-Tur Women Center Ikhlas Sayyad and cloths designer Manal Abu Sbeitan after raiding a hall on the Mount of Olives where an exhibition of Palestinian traditional cloths and other material produced by women was being held.

The Israeli forces also seized the clothes and material that were on display at the exhibition.