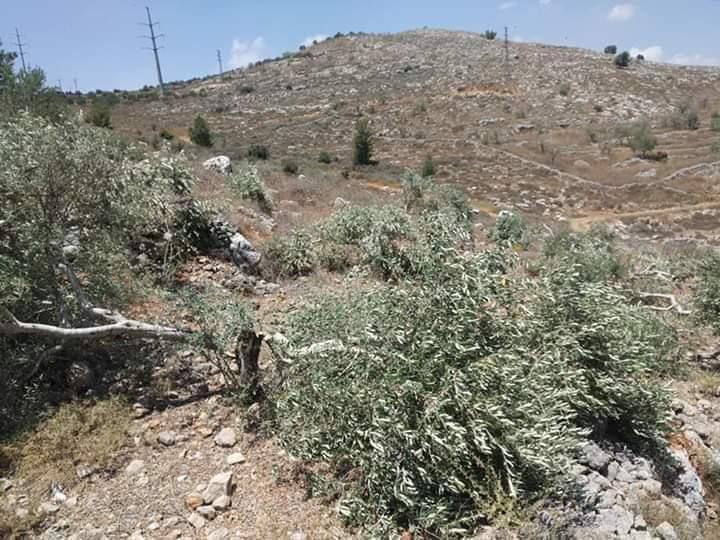 In the village of Artas, southwest of Bethlehem, settlers from the illegal settlement bloc of Etzion broke into a ranch belonging to Mr. Jamal Abdullah Ismail, a local Palestinian farmer, and chopped off 15 olive trees belonging to him, according to Hasan Breijeyeh, director of the Wall and Settlement Resistance Commission in Bethlehem.

In the nearby village of Kisan, settlers protected by a military escort assaulted a number of farmers while working in their own lands near the village and forced them to leave at gunpoint, said the deputy mayor of the village, Ahmad Gazal.

It includes property and mosque arsons, stone-throwing, uprooting of crops and olive trees, attacks on vulnerable homes, and others.