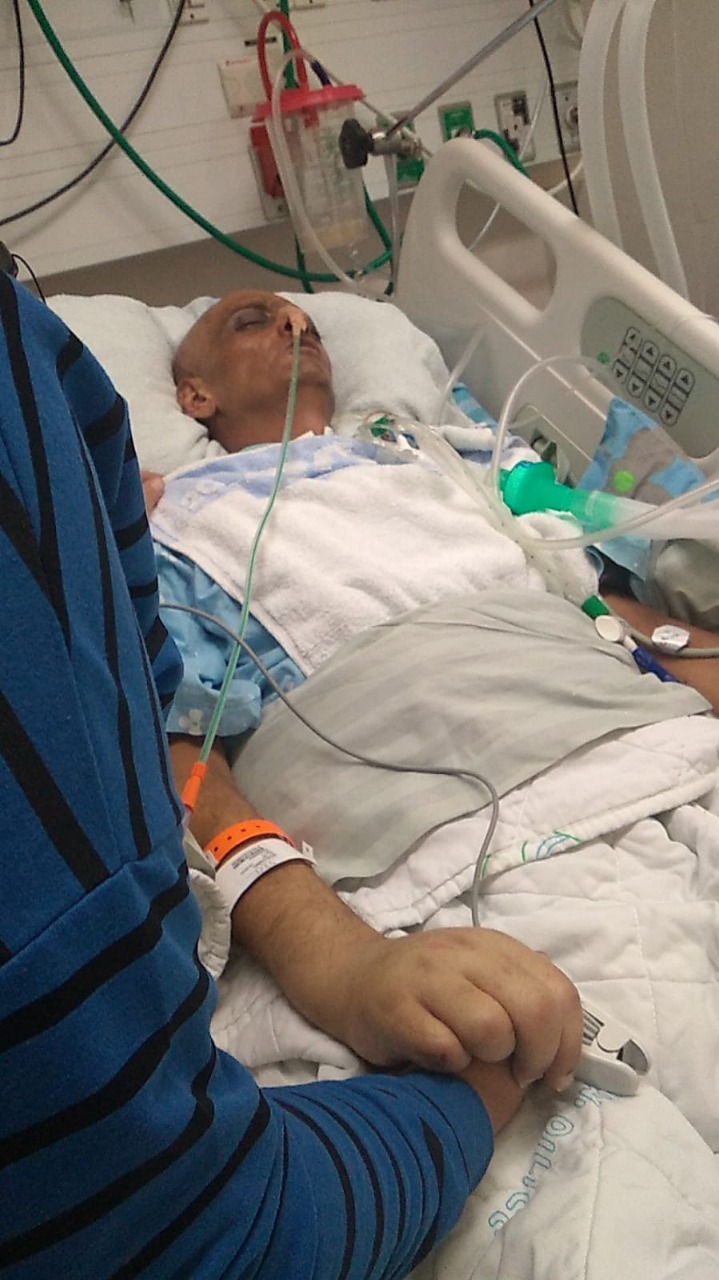 Palestinian cancer prisoner, Hussein Masalmeh, at his hospital bed after he was set free.

RAMALLAH, Monday, February 15, 2021 (WAFA) – A Palestinian prisoner in Israel who was diagnosed with leukemia and reported to be in critical condition was today set free after almost completing his 20-year sentence, according to the Palestinian Commission for Detainees and Ex-Detainees.

Hasan Abed Rabbo, from the Commission, told WAFA that Hussein Masalmeh, 39, from the town of al-Khader, near Bethlehem, and who was recently moved from prison to an Israeli hospital following serious deterioration on his health, was un-cuffed and left in his hospital bed as the Israeli prison guards watching him has also left the hospital.

The Israeli occupation authorities yesterday issued an order to free Masalmeh, who is believed to have only a few days to live following serious deterioration of his health after he was diagnosed with cancer.

Masalmeh was arrested in 2002 for resisting the occupation and sentenced to 20 years in prison. He was supposed to be freed next year.

Abed Rabbo said Masalmeh remains in very serious condition and is being kept in intensive care at the Israeli hospital in a semi-coma condition with severe pain all over his body.

The Commission is considering moving him to a Palestinian hospital so that his family can be with him, he said.