Israeli destruction spree continues with the demolition of a Palestinian house, electricity grid in West Bank 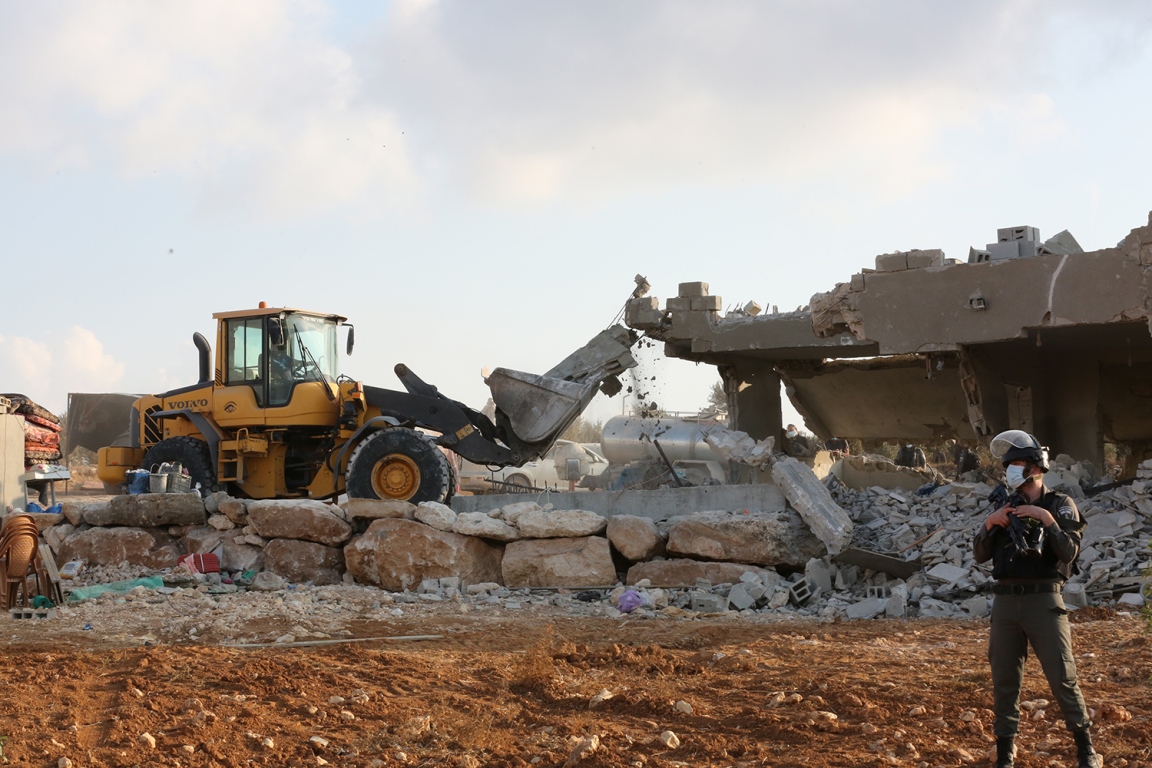 HEBRON, Thursday, February 4, 2021 (WAFA) – The Israeli demolition of Palestinian houses continued today with the demolition of a house sheltering a family with five children of special needs in the south of the West Bank and destroying the area’s electricity grid, reported WAFA correspondent.

She said that army bulldozers raided Beit Awwa town, west of the southern West Bank city of Hebron, where they demolished a 180-square-meter house where a Palestinian family had lived with its five children with special needs, and destroyed an electricity grid that was supplying 10 homes in the same area with power.

Israel claimed the house, demolished for the second time, and the grid were in Area C of the occupied West Bank, which is under full Israeli military rule and makes up over 60 percent of the area of the West Bank.

Israel does not allow Palestinian construction or development in Area C, which it often reserves for building its illegal settlements.