Trees uprooted, land razed and wall demolished by Israeli occupation forces in the south of the West Bank 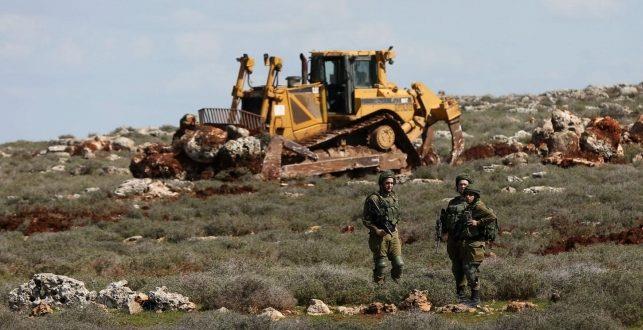 Hasan Breijieh, who heads the Bethlehem office of the Wall and Settlements Resistance Commission, told WAFA that occupation soldiers raided Khillet al-Nahleh area of Wad Rahal village where they uprooted dozens of olive trees that were more than 10 years old, razed lands, and tore down retaining walls.

Two days ago, a group of hardcore settlers broke into the same area with their sheep and destroyed the crops before the village residents and farmers were able to kick them out.

Breijieh said that the area has been a regular target of the Israeli army and settlers’ attacks as a means to push its Palestinian residents out of their lands in order to take them over to expand the nearby illegal settlement of Efrat.