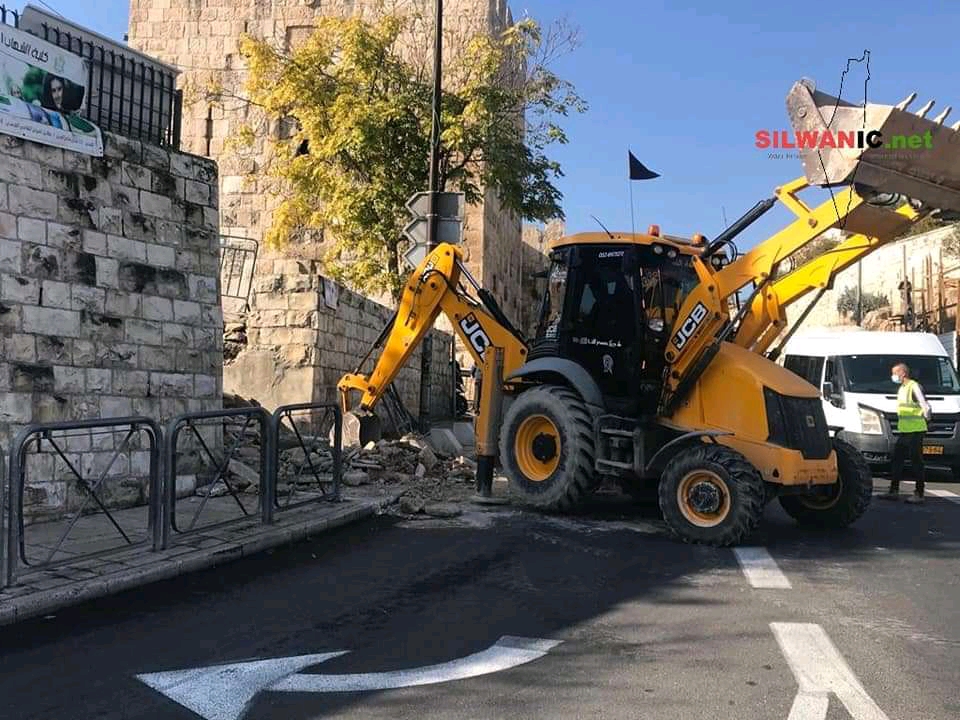 JERUSALEM, Sunday, November 29, 2020 (WAFA) – The Israeli municipality of occupied Jerusalem demolished today a stairway leading to one of the gates of al-Aqsa Mosque compound in the city, local sources said.

Witnesses told WAFA that an Israeli bulldozer demolished the stairway leading to the Lions’ Gate under the pretext that it was used to transfer equipment to al-Yusifiya Islamic cemetery, which is close to the aforementioned gate.

In the meantime, surveyors of the Israeli municipality began to survey the cemetery's land and fixed signs there. The reason for demolishing the stairway or what happened in the area remains unknown.

Israeli authorities had announced earlier that they would place concrete pillars for a cable car project, which they intend to establish near Jerusalem’s Old City all the way to the Mount of Olives. The project overlooks the Al-Aqsa Mosque.

Two rooms added as extension to an old house ...

Weather: Partly cloudy and cold with a chanc ...

Two rooms added as extension to an old house in Bethleh